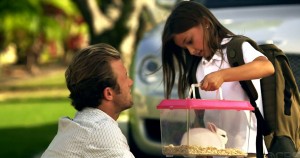 After last night’s official premiere of the new “Hawaii Five-0,” the town has been buzzing on whether they like the show or not. I think Catherine Toth sums it up in a nutshell very well.

Me? I remember the old show, and I liked the simplicity of it. I liked that it was just a police story where bad guys were busted every week, and we could enjoy the Hawaii scenery.

To keep up with the times, the new version has more character development and complex relationships. Kono is a woman! The team is external to HPD! There’s background on how they came to be! And wait, Danno has a daughter? I don’t remember if he had one in the first series but he has one now — her name is Grace and she’s local girl Teilor Grubbs. I got to sit with her last night before the premiere to talk a little about the show, and we managed to get some of it on camera. 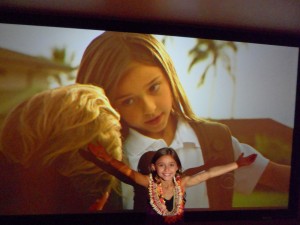 Cute, chiyah? She has a recurring role in a big series, but she isn’t “big head” about it. It’s just a cool job and she gets to work with Scott Caan, who is cool simply because he brings his dog to the set.

What did you think of the show last night? Good, bad, neutral? How did you like Teilor’s role in the show?

My recent blog posts
My weekend of unusual structures
The social side of social media
Not your typical school lunch
The Willows’ Anniversary Party
Dinner at Azul
Fia Fia at the Ihilani
Tairyo’s grand opening party
Chinee like me: Dining at Lobster King
Okinawan Festival 2010
Grand opening of Sephora Waikiki
BYOB at the Burger Co.