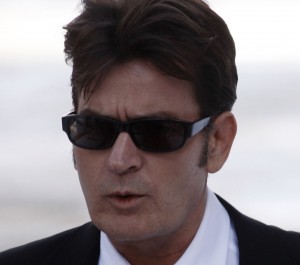 Question: I am living proof that nice guys finish last. My girlfriend of six months dumped me and went back to her abusive ex-boyfriend, a guy that cheated on her and made her feel bad about herself all the time. Here I am, I never hurt her, cook dinner and clean the house, always nice to her, and she chooses this jerk. What is it with bad boys that girls seem to like? Why do girls always complain about “where are all the nice guys” and when they get one they dump him?

Answer: I can’t say that I disagree with you. There are women out there who love the bad boys — like Charlie Sheen who, after throwing furniture and yelling in his hotel room the other day, was hospitalized and still gets acting gigs and chicks — and I can’t explain it. Maybe it’s the idea that they can change him, that they can make this awful person a better one. It’s a bit self-absorbed, when you think about, that we have this power to change people. But I can see the appeal.

I had a pretty awful boyfriend once. And people always ask me, “Why did you stay with him for so long?” Part of it is because this awful person, on those rare occasions, would be nice to me — and it seemed so worth it. He made me feel like I was special. Of course, this was all crap and he was a jerk, period. We eventually broke up and I decided nice is underrated.

But the same argument can be made for us, too. We think a lot of guys dig shallow, bitchy, high-maintenance women. Guys will argue they don’t — “No, I really want a nice girl I can bring home to my mom” — but wind up with exactly the opposite.

Here’s how I look at it: If a woman wants a bad boy, let her have him. You’ll find some nice girl who’s looking for a nice guy — like you. Why would you want anything else?