A few months ago, we told you about a new hot dog place in Shirokiya’s giant food court. Well, the owners had a change of heart and decided that a hot dog stand in a Japanese food court wasn’t appropriate, so they shelved the idea (be watching for a food truck one day) and created a tempura booth.

The space is still owned by Wei-Tien Hao and Akihiro Hironishi, but they’ve partnered with chef Shinya Fujimoto — thus the “Fuji.” He’s been cooking since he was 20 and has 20 years in the business, so he knows a thing or two. He wasn’t there when we tried the tempura, though. 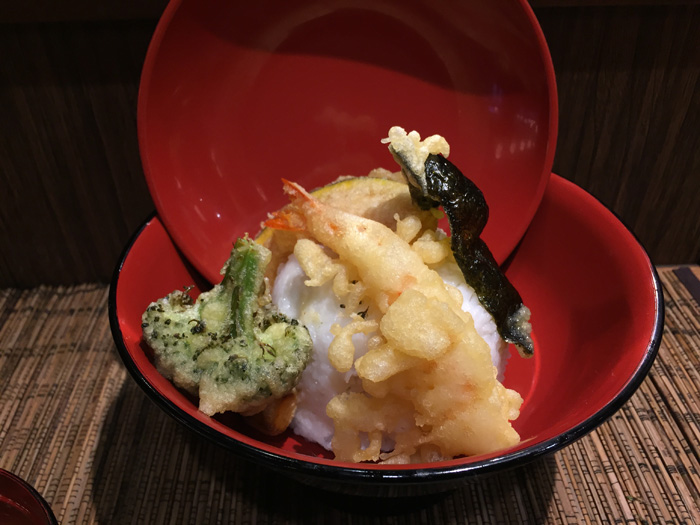 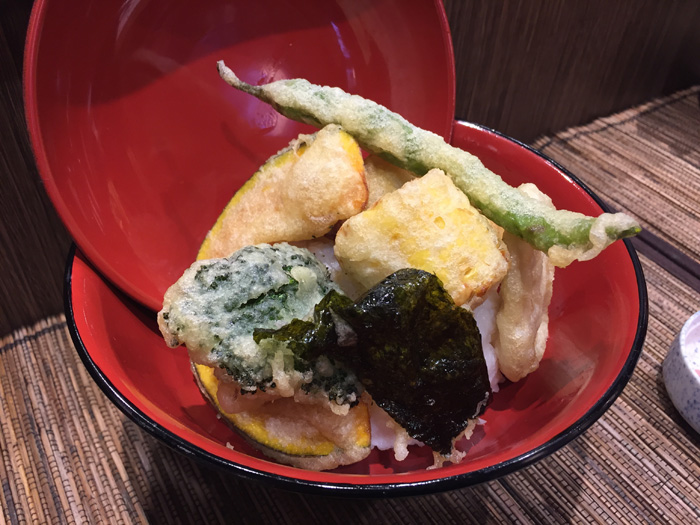 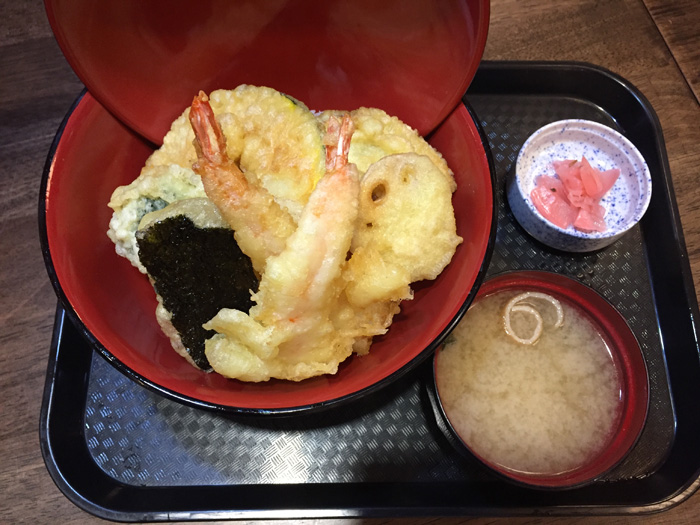 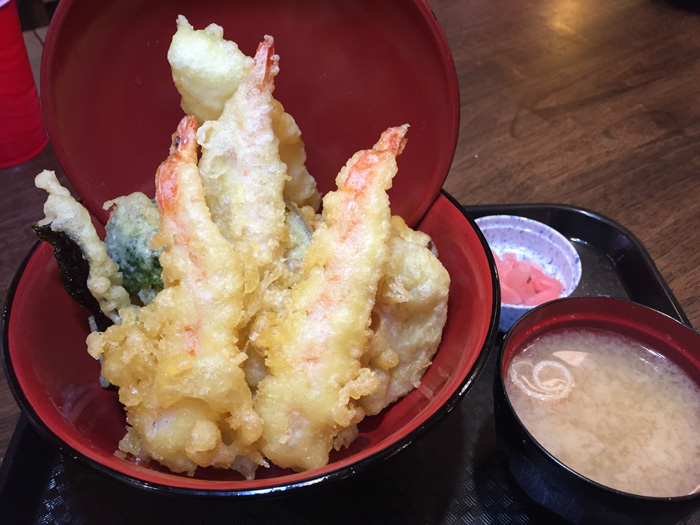 The deluxe tempura don, $15.95. This comes with three pieces of shrimp tempura instead of the above two. 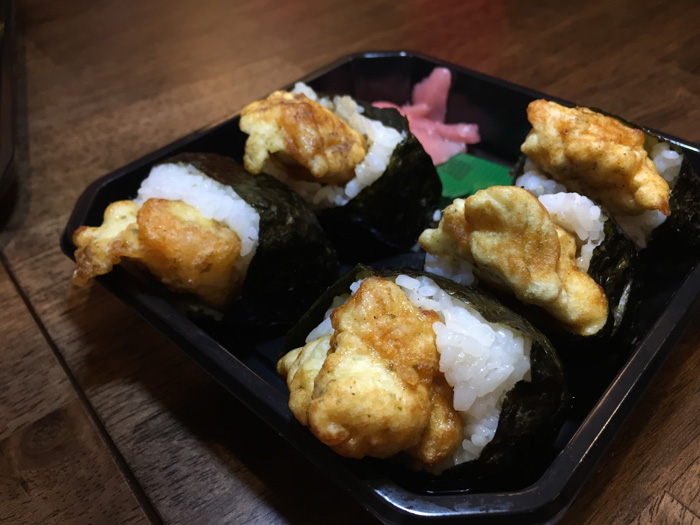 Overall, the tempura is nicely crunchy because it’s fresh, and it has good flavor. You’ll find other tempura vendors in Shirokiya, but they are pre-making the tempura for something else (like for their udon). For the price, it’s a good value. Their dipping sauce actually impressed us more than other places, and it turns out Chef Fujimoto has a secret recipe for it, reducing it down for hours to ensure a more intense flavor and cools it overnight before using it.