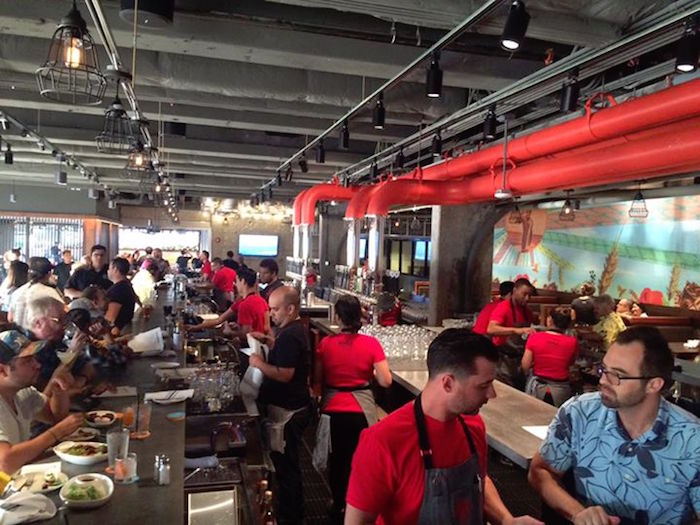 Maui Brewing Co. opens its first Oahu location today, good news for craft beer drinkers who finally can get tap-room drafts that aren’t sold in stores and were previously only available on Maui. The location in the old Jimmy Buffett’s spot puts Maui Brewing’s 36 taps in the heart of Waikiki.

We attended a soft opening preview on Sunday. Here’s a rundown of what you can expect:

The beer (and cocktails)

Not surprisingly, beer will be the strongest pull here. The new pub will offer Maui Brewing’s full lineup of flagship beers (Big Swell IPA, Bikini Blonde, etc.), but more notable for beer lovers is that it will also have beers previously poured only at its Kihei brewery, like the Pau Hana Pilsner, Wild Hog Nitro Stout, Black Rock Lager and other experimental runs. As a fan, it’s exciting to know that I now have direct access to these beers here on Oahu.

Prices start at $6 a pint, and they will also fill growlers and sell crowlers (big takeaway cans). There will be 36 taps in total, rounded out by other craft beers from around the country.

The cocktail list includes the Rosemary Honey Badger, made with High West Double Rye whiskey and Aperol; there’s also a Bloody Mary. For me, a beer drinker, it seems unnecessary for breweries to have cocktails. But it continues the trend of Pint + Jigger, Palate, Aloha Beer and other beer-centric places trying to be more well-rounded. 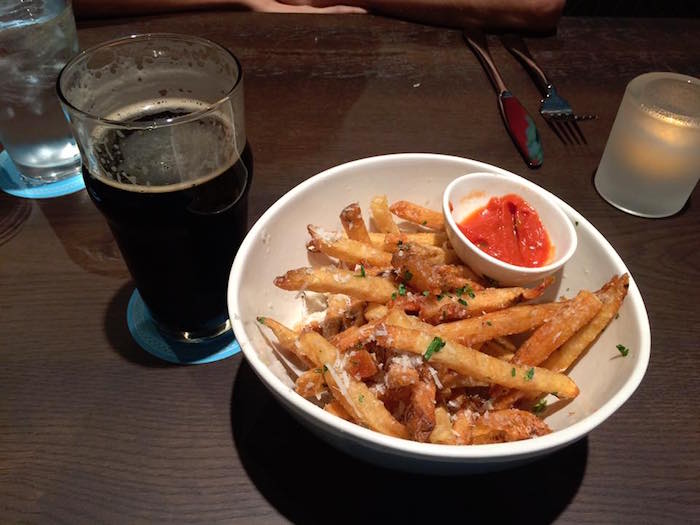 What we saw and sampled was a good sign overall. The menu, designed with input from veteran restaurateurs Chris Thibaut and Bill Terry, includes six kinds of ketchup to pair with three kinds of fries (classic crispy, sriracha salt and sriracha mayo, or truffle oil and Naked Cow cheese). There’s an emphasis on locally sourced products, and some dishes incorporate Maui Brewing Co. beer. 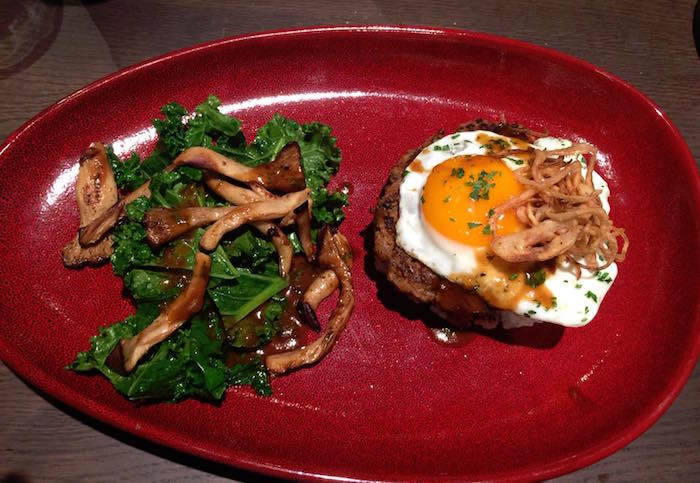 Maui Brewing’s loco moco is made with Kauai bison and mushroom-Big Swell IPA gravy. It’s flavorful, although we have to hope that our portion was a soft-opening sampler size, especially when the dish costs $22. Other entrees like fish and chips, burgers and pizza made with local macadamia gremolata seemed more appropriately sized. 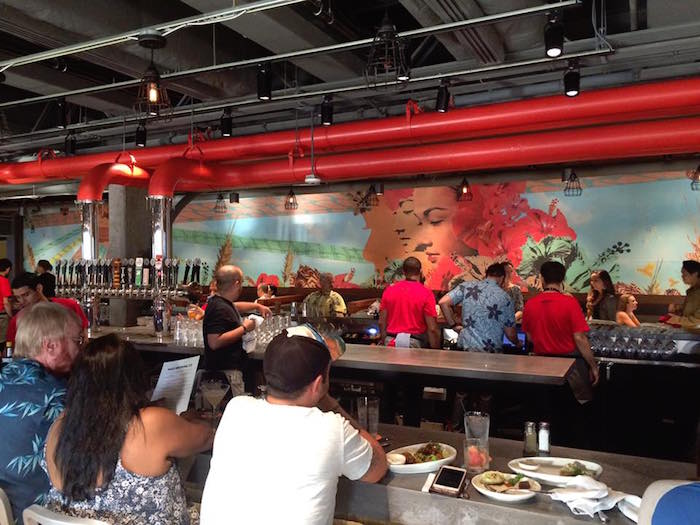 Maui Brewing occupies the old space where Jimmy Buffett’s Margaritaville used to be. It’s all open-air and huge (435 seats), a mixture of booths, tables, bar seating and a “game room” with shuffleboard and foosball. It claims to have the longest bar in Hawaii, and it does seem like it stretches on forever. There are a lot of televisions in the bar area, sometimes as many as three on a single wall. This makes it an ideal place to watch the Super Bowl. Keep your eye out for small beer/industrial highlights, like kegs converted to overhead lights. 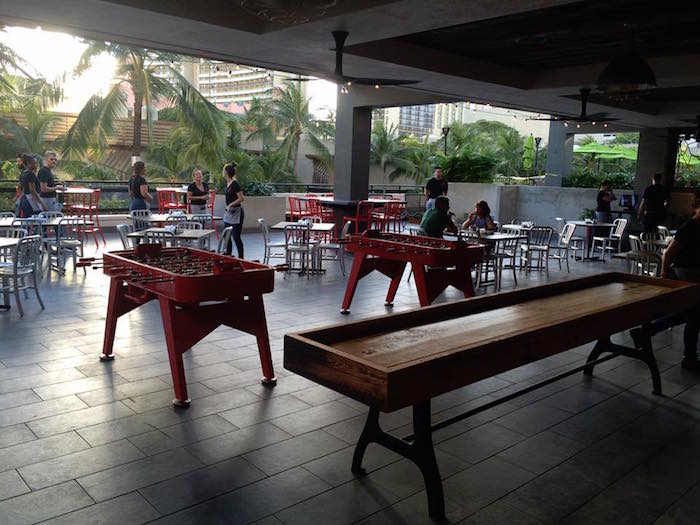 Maui Brewing is on the second floor of the Holiday Inn Beachcomber. From the ground level on Kalakaua, you take the escalator up and turn right. That’s for now – sometime in February there will be a ground-level entrance on the street near the International Market Place.

As for parking, there won’t be validated parking at the Waikiki Beachcomber, but Maui Brewing is a block away from Nordstrom Rack and Ross on Seaside Avenue, both of which offer two hours of free validated parking with a purchase. International Market Place is a little closer; your first hour of parking is free with validation and a $10 purchase, and the second and third hours cost $2 each.

For Maui Brewing fans who don’t frequent Waikiki, hang tight. They will be opening a second pub in Kailua in the old Macy’s in 2018.