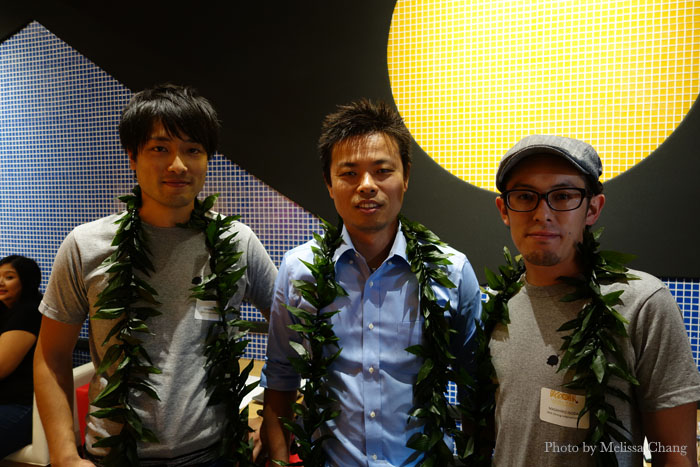 There’s a new ramen spot in town, and it’s going to give the others a run for their money. Japan-based IKKA Dining Project, which owns 21 Italian restaurants, izakaya, and Kyushu cuisine restaurants, is launching its first endeavor in the ramen business — as well as its first venture in the Hawaii market. 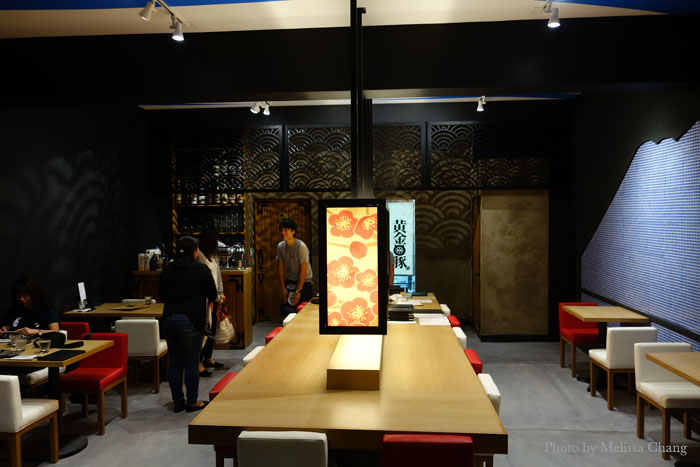 Golden Pork’s interior, with tables and a bar/counter.

Their Hawaii subsidiary, IKKA Dining International, is set to open Golden Pork Tonkotsu Ramen Bar this Sunday, March 29 (the restaurant will soft open in the evenings from March 25) on 1279 S. King St., where Mediterraneo used to be. We went to a series of previews to taste the ramen, and found the menu to be good food at a good value. 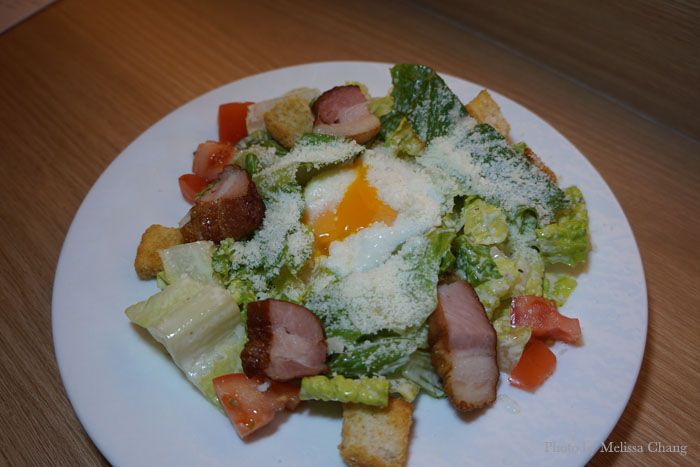 Start with their “Caesar” salad, a plate of Romaine lettuce, bacon (more like lardons), croutons, tomatoes and a soft-boiled egg. It was served whole, but we broke the yolk for dramatic effect. The salad is topped with cheese fresh from their special grater, which makes it fine. We loved this salad, which was kind of rich due to the egg, but not too heavy or filling. 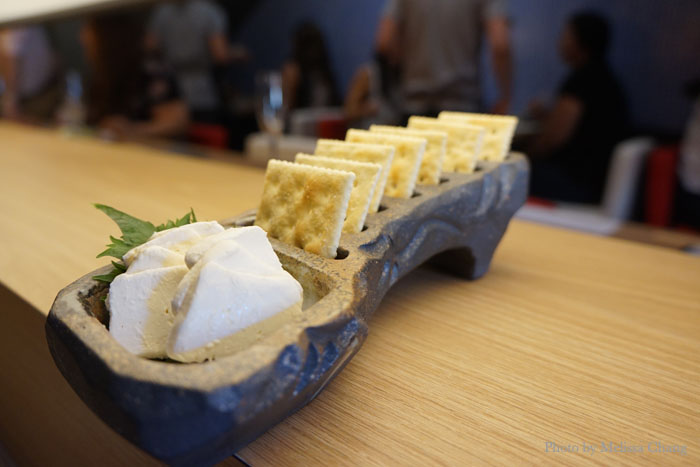 Miso cream cheese? This was oddly delicious. You can’t even really taste the miso, but it adds a little saltiness to the cream cheese. 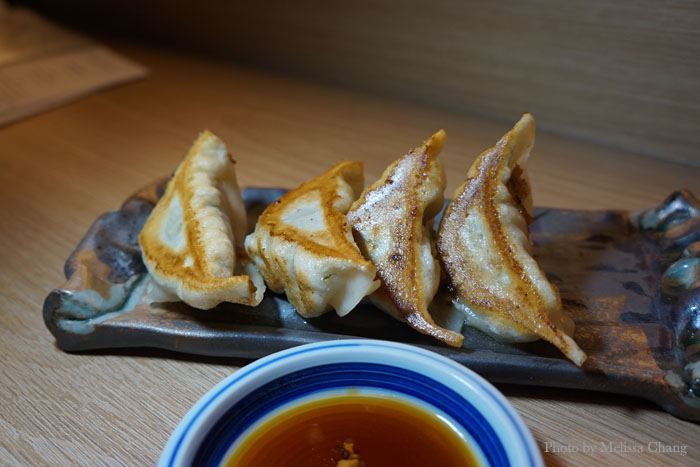 No ramen dinner is complete without an order of gyoza. The wrappers are nicely crisped on the bottom, and the filling is comprised of pork, cabbage, Chinese chives, garlic, ginger, scallions, and a mystery ingredient called se-abura. These are meaty and moist, and well-seasoned. 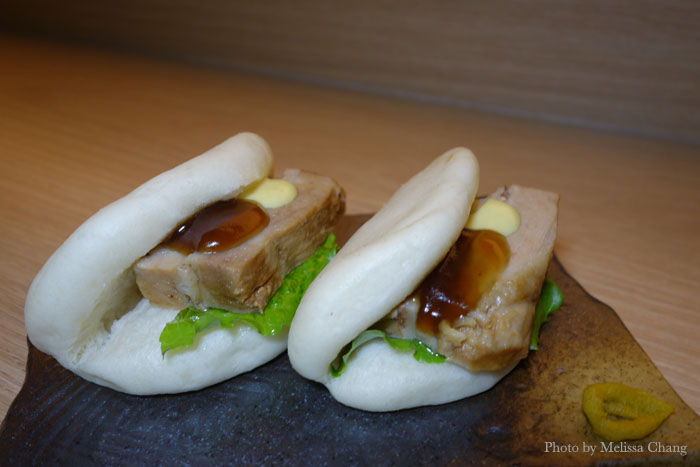 Another side favorite: The Golden Pork buns. Endo slow-cooks the pork ribs for five hours, then tops them with their special teriyaki sauce, mustard and mayonnaise. All the pork here is very melty. 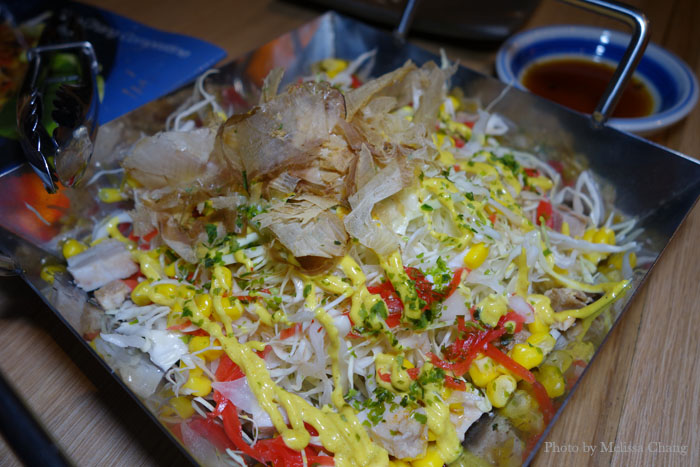 I’m still trying to figure this Tokyo “monja” salad out, but I’m posting it so you can see what it looks like. It’s a salad of shredded cabbage, corn, ao nori, soft boiled egg, red pickled ginger, char siu, mayonnaise, and curry powder. It’s topped with bonito, so you get a variety of sweet, savory, and spicy in each bite. 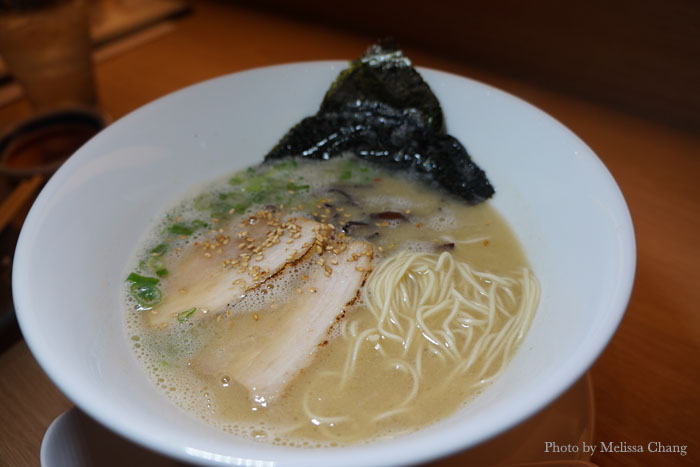 If you try nothing else, get the Golden Pork Classic — the most widely known style of ramen here, featuring a rich broth made from pork bones and miso and shoyu from Japan. The noodles are from local company Sun Noodle, and grand chef Masahiro Endo said he went through a lot of R & D to get the consistency to his liking. The broth has a deep richness from Endo’s four-hour reduction process. 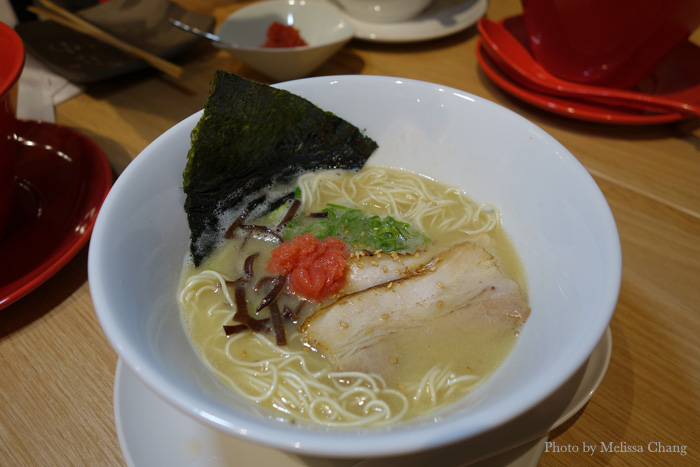 Golden Pork classic with some mentaiko.

If you want more flavor, order add-ons like the seasoned egg, negi, mushrooms, corn, or mentaiko (Sean’s dollop is shown here) — the seasoned cod roe. This one was specially selected by Endo, an it adds another layer of complexity to each bite. 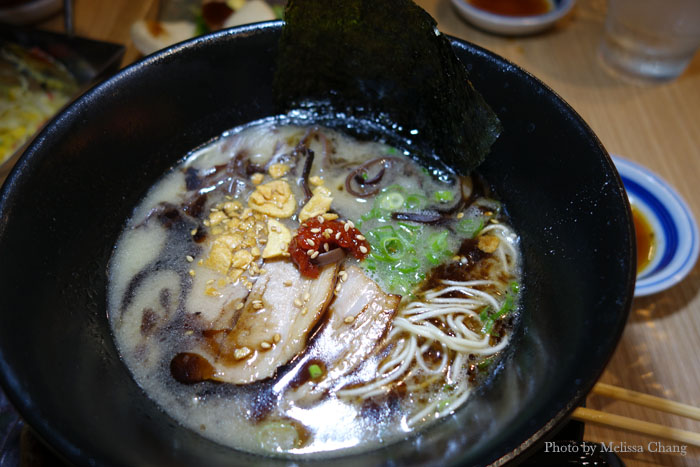 The first time I went, I had the black garlic original ramen. It was so good, I was sad that I had already eaten dinner earlier, so was only able to take a few bites. I wanted to take the rest home, but they couldn’t allow me to take it knowing the noodles would absorb the broth and stretch. The broth is rich like the original, but has the added black garlic oil for another level of flavor. I really liked the crunchy garlic chips on it, too. 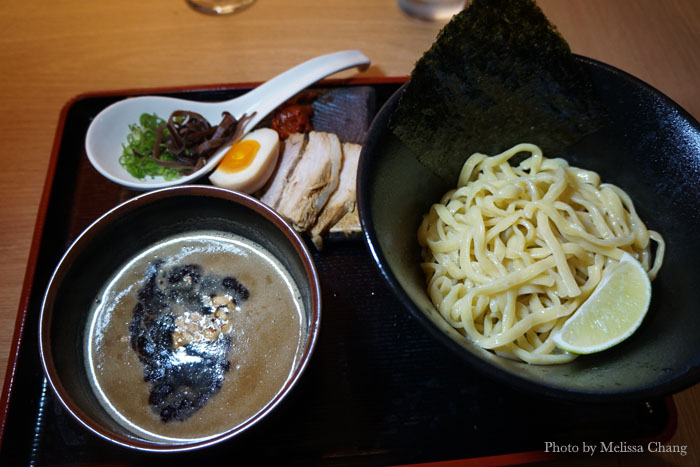 So the next time I went, I had the black garlic tsukemen (dip noodle). I think a lot of local people like the novelty of it; I like dipping it because it’s not as scalding hot as the regular ramen broth, but that’s me. I’m also a big fan of wide noodles. Dump the toppings on the spoon in the broth, and mix in the red hot sauce if you dare, then dip and eat as you go. I didn’t quite get the hang of the lime wedge, though. 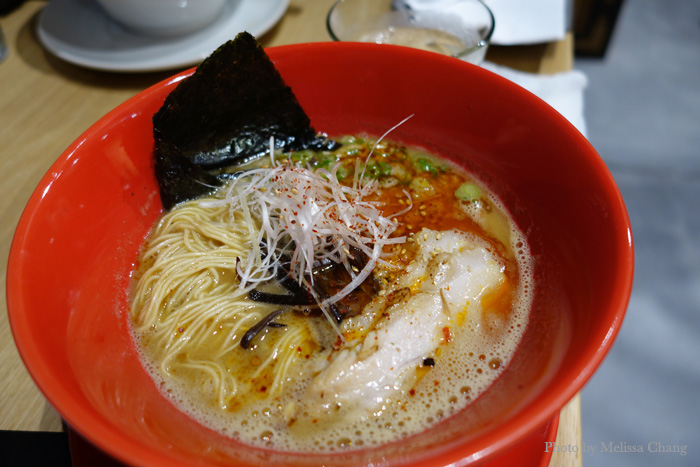 I predict the spicy red miso dragon ramen will be popular with locals, as well. You can choose the spice level — I did the middle level, and it wasn’t too spicy — and you get another rich, porky broth with a kick. Next time, I’ll try the hottest one. Watch my instagram to see if it’s super hot! 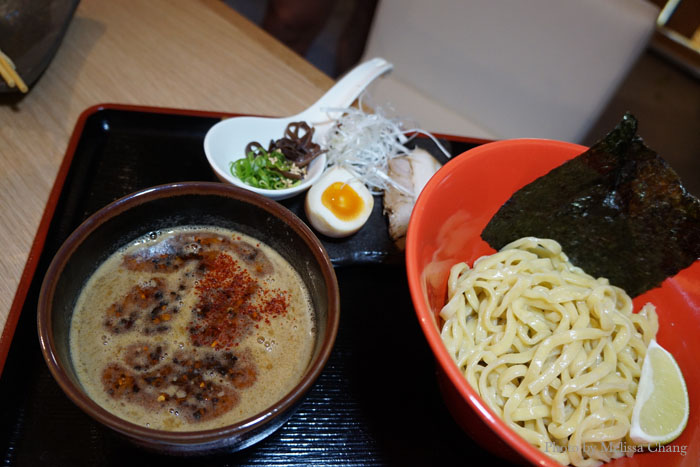 Like the others, the spicy red broth comes in tsukemen style, too. Again, if you like the wide noodles and don’t want scalding hot broth, this is for you. 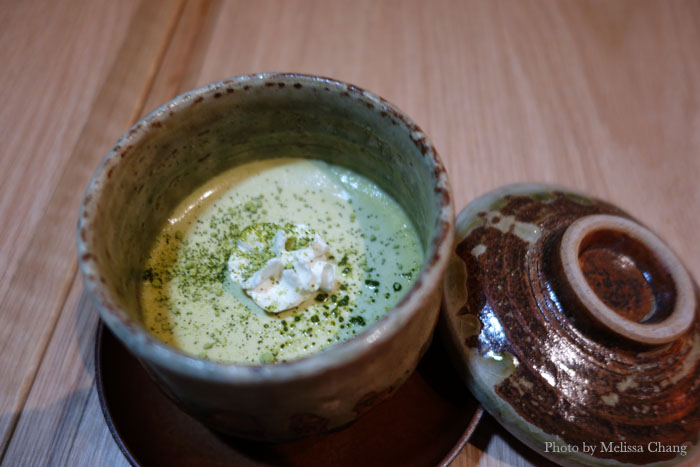 If you still have room for dessert (I don’t, after a full bowl of ramen like that, but Sean Morris wanted to try), they have vanilla ice cream with kinako and kuromitsu, and green tea panna cotta. This wasn’t too heavy, large, or rich, so I don’t think it will put you over the edge if you eat it. If you’re into green tea, this is probably going to be how you end your meal! 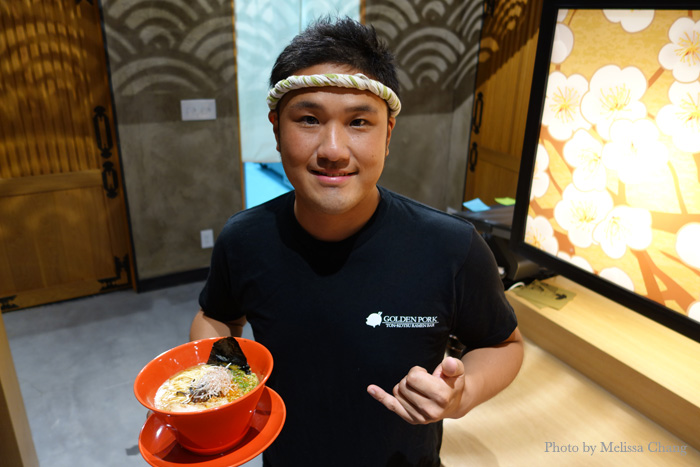 Golden Pork will be open daily from 11:30 a.m. to 11 p.m. from March 29. During this soft opening period, call ahead if you are hoping for alcohol, as they are still waiting for their managers’ liquor licenses so you may be able to bring your own sake (hint: The Sake Shop is just down the street). For more photos, click here.