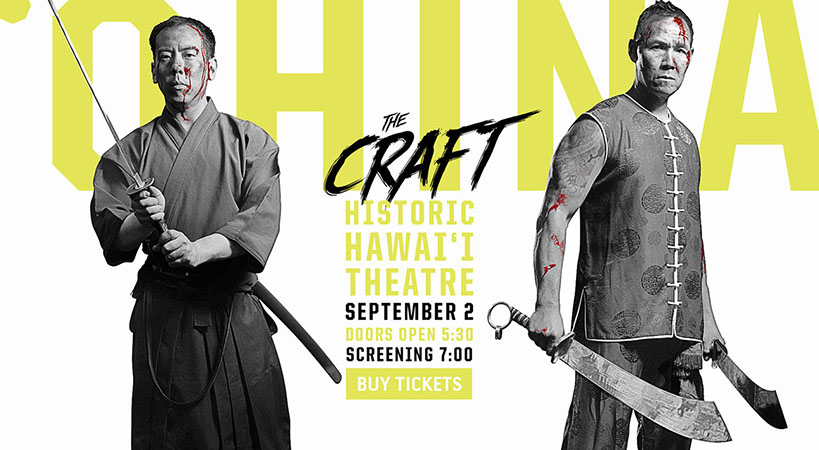 This Friday, the Ohina Short Film Showcase is back at the historic Hawaii Theatre.

Since 1999, Ohina’s been a celebration of short films created by local storytellers, fueled by a passion for film.

We talked about the highlights of this year’s Ohina, including a Q&A on Saturday with Marvel Studios producer Nate Moore (‘Captain America: Civil War,’ ‘Captain America: The Winter Soldier’).

We kept it short. 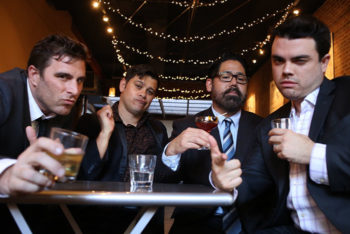 Give me one odd job from the past.
Gerard: I once worked the NASCAR circuit as a video correspondent.
Ries: I installed an entire aluminum bleacher system at Oregon State Universityʻs football stadium … during the summer. It was hell.

What do you love about film?
Gerard: Creating, crafting and telling stories.
Ries: All of it when itʻs good. 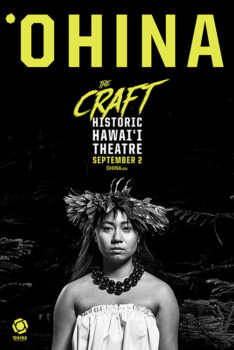 What are you most excited about for this year’s Ohina?
Gerard: Taking the films to the Hawaii Theatre.
Ries: Growing the experience surrounding the actual showcase.

One word to describe the filmmakers at this year’s Ohina?
Gerard: Trailblazers.
Ries: Surprising.

What do you love most about the short film format?
Gerard: Short, sweet and always a surprise.
Ries: The “proof of concept” aspect if the filmmaker wants to transition it into a feature.

Ohina is known for some epic trailers. What can we expect from this year’s trailer?
Gerard: The trailer is going to be a complete 180 from what we’ve always done in the past.
Ries: I love how it’s our outlet for being creative while supporting local storytellers. 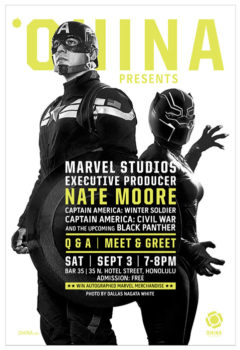 This year, you’re doing a Q&A with Nate Moore, producer at Marvel Studios. How did you land such a noteworthy guest?
Gerard: This is all Ries.
Ries: Nate is a personal friend of mine.

Any chance Nate will reveal any Marvel Cinematic Universe secrets?
Gerard: Good question, I hope so.
Ries: I’m sure Nate will be able to tease the audience where allowed.

One piece of advice for filmmakers who are thinking about entering next year’s Ohina?
Gerard: Shorter is always better.
Ries: Start now!

For schedules and tickets, visit ohina.org or Ohina Short Film Showcase on Facebook