When I was in college and coming home on break, chicken katsu reigned as my staple order at the Mapunapuna L&L. Nothing could beat those tender pieces of boneless chicken that were perfectly breaded, coated with a special seasoning and deep fried. Of course, you can’t forget about that signature Hawaiian Barbecue katsu sauce.

Now that I’m home, I’ve discovered other major contenders. When it comes to soft, juicy chicken with crispy, golden-brown crust, a delectable sauce and a good plate lunch deal, you won’t go wrong with these: Our Top 5 chicken katsu. 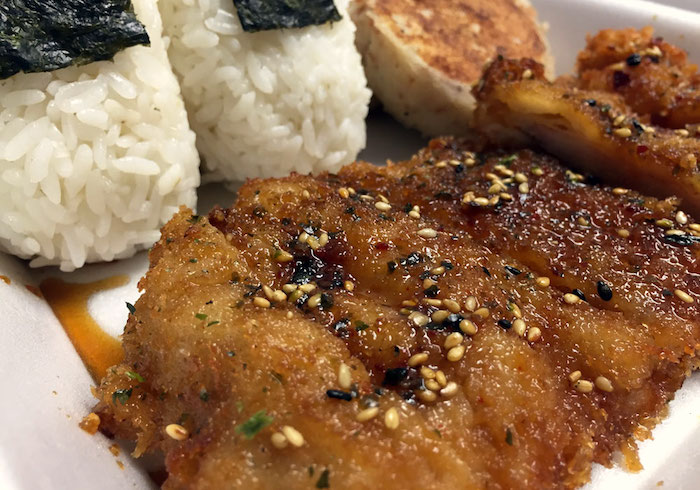 $3.50 for a petite slab of katsu may seem expensive, but you won’t get this furikake flavor anywhere else. Together with the moist, tender chicken and the slightly sweet katsu sauce, the furikake’s welcome saltiness and extra crunch make this an award-winning combo.

The breaded exterior can get a little soggy if you get the katsu sliced with the sauce drizzled on top, but there’s still enough crispiness. Just make sure to eat it right away.

Tip: Call ahead to make sure the furikake katsu is available. They make it throughout the day, but still run out at times. 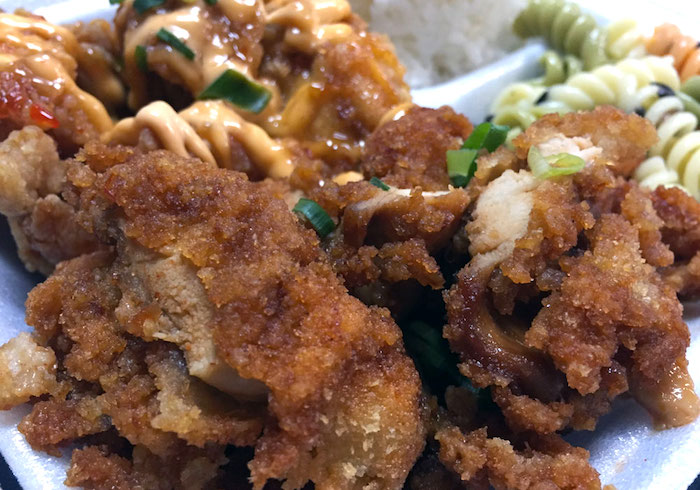 The Korean chicken katsu’s slightly spicy sauce sets it apart from the regular katsu—a subtle kick that takes it from tasty to tantalizing. The chicken meat is juicy, with a breaded crackle in every bite.

But that sauce. I salivate just thinking about it. No wonder the Korean katsu often sells out. Plus, the sides are pretty awesome—garlic mashed potatoes (instead of white rice), potato mac, tossed greens or pasta salad, and you can combo any items on the café menu. 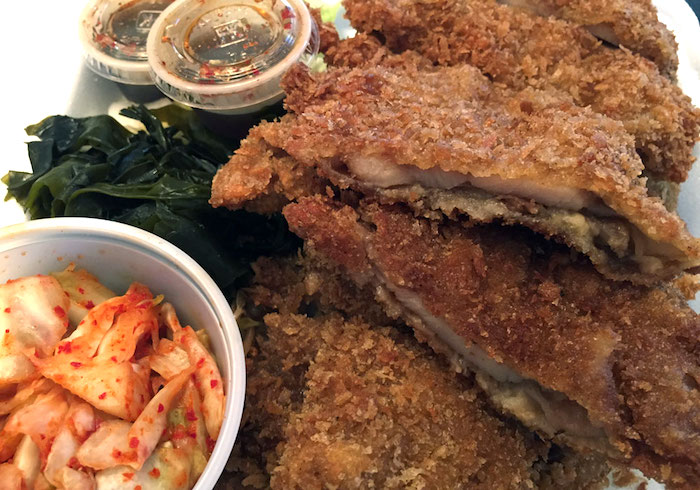 If $12.85 seems expensive for a plate of katsu, just open the container. With a whole plateful of katsu—and three scoops of rice on the side—you get your money’s worth at Young’s.

Two thick-cut katsu slabs are golden-brown, the texture and flavor of chicken and breading both unbelievable. I never thought it was possible for katsu to almost melt in your mouth. The meat is incredibly moist and so tasty that you almost don’t need the katsu sauce … almost.

The sauce is the same one that’s served with meat jun. It’s slightly sweeter and complements the fried strips perfectly. They only give you two small containers, so be sure to ask for more. 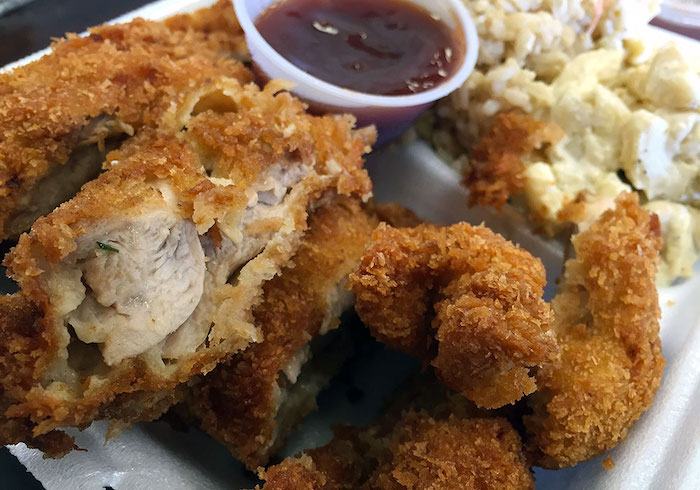 Wednesday is the day to visit Sugoi if you’re a katsu lover like me. Instead of $10.95 for a regular plate, you can get it for $8.95. Winner, winner, chicken dinner.

To say that each piece is meaty would be an understatement. The chicken is thick, juicy and tender; you get explosions of flavor with each bite. 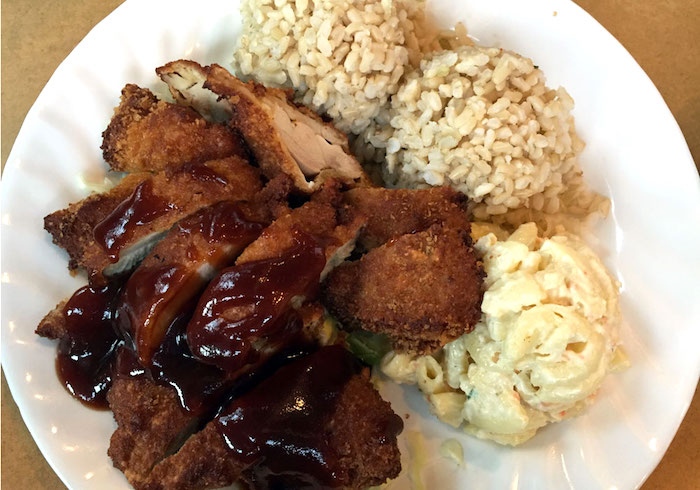 Each piece is juicy, thick, tender and flavorful. The panko breading is thin and on point—delectably crunchy without being too hard. And instead of a container of thick, gravy-like katsu sauce, there’s an entire small bowl. At first it seems disproportionate, but I end up using all of it—and then scraping the bowl.

The next time someone says, “Next stop, Zippy’s,” I know exactly what I’ll be getting.