David Fincher is one of my favorite directors working today, so when I learned he’d be helming the American film version of Stieg Larsson’s globally popular novel, “The Girl With the Dragon Tattoo,” I couldn’t wait to see it. The dark tone of the source material was a perfect fit for Fincher’s style. Or so I thought. 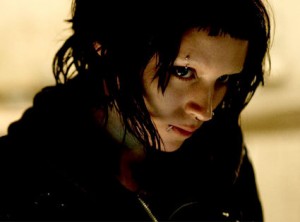 The film opens with an amazing sequence with stunning visuals set to “Immigrants Song” by Led Zeppelin, and my anticipation grew even greater, as it reminded me of his previous films with similarly stimulating opening credits such as “Se7en” and “Fight Club.” What follows is a fairly faithful adaptation of the story of Lisbeth Salander, a young, brilliant researcher who gets hired by Mikael Blomkvist, a magazine editor convicted of slander, to help solve the 40-year-old murder of a teenage girl.

Rooney Mara is the breakout star, playing Salander perfectly as a meek, misguided girl who has the strength and smarts to take down anyone who opposes her. She owns every scene she’s in, so much that any scene without her feels empty and plodding. Daniel Craig does a great job as Blomkvist, and his chemistry with Mara is undeniable. But it’s Mara who draws attention when they’re on screen together. The rest of the formidable cast also delivers great performances. Christopher Plummer as Henrik Vanger, the missing girl’s grandfather and patriarch of the Vanger family, is excellent, and Stellan Skarsgard is so good at playing the type of role he has as Martin Vanger, the victim’s brother. It’s also great to see ’80s villain Steven Berkoff (“Beverly Hills Cop,” “Rambo: First Blood Part II”) on screen again, this time playing against type as Frode, the Vanger family’s attorney. 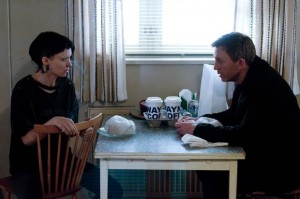 But even with great performances and an excellent director, the screenplay, which drives the story, is the weakness. Just like the novel, it loses steam whenever Lisbeth is not involved, and there are too many things going on too quickly to effectively build suspense. Key plot points of the novel that took chapters to develop are relegated to a few seconds in the film or neglected altogether, and the ending has been altered significantly. While these types of changes are common in adaptations of novels, the film wanders and doesn’t spend enough time on key points. It’s especially disappointing since Fincher has already proven with “Se7en” and “Zodiac” that he can expertly direct a serial killer drama. Yet, it’s as if his heart really wasn’t into this one, since he’s covered the same ground before.

“The Girl With the Dragon Tattoo” is still a great thriller and a well made film, but there certainly was potential for more. It’s like giving the best ingredients to a world-renowned chef with expectations for a great meal, then getting meatloaf. Albeit, a really good meatloaf, but it could have been much better.

“The Girl With the Dragon Tattoo,” 158 minutes, is Rated R and is in theaters now.