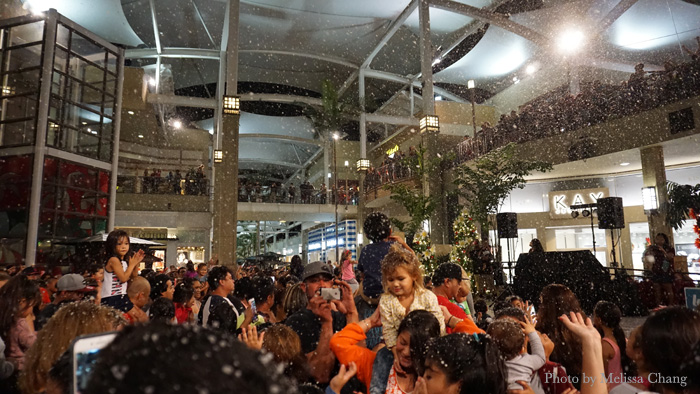 There’s been snow storms on Mauna Kea, but did you know it’s been snowing in Kahului? I got to visit Queen Kaahumanu Center last weekend to check out their holiday snow show in their center promenade, and was overwhelmed at the community support.

As someone who does mall promos on Oahu (for my real job), seeing such a successful event was doubly meaningful for me. 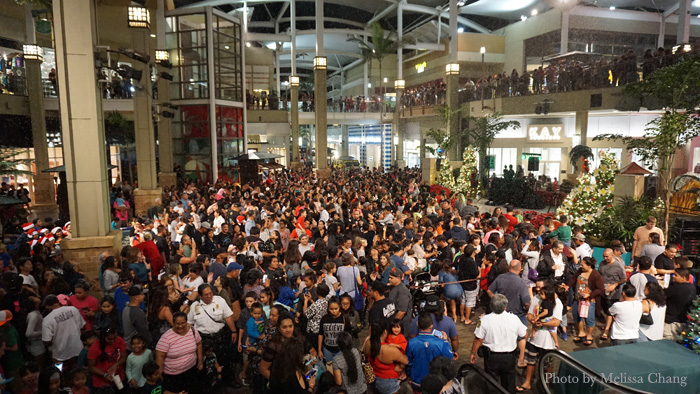 Here’s a small section of the crowd on Saturday.

Every Tuesday, Thursday and Saturday at 6:30 and 8 p.m., snowflakes fall in the center atrium for 10 minutes accompanied by lively holiday music. Starbucks also treats early arrivals to the show to complimentary hot chocolate (while supplies last). As you can imagine, this is a huge draw — about 2,000 people fill the upstairs and downstairs wings not just to see the show, but take advantage of the unique photo op in a Hawaii venue.

Is it real snow? It’s actually Hollywood special-effects snow, created with a special snow-making system that provides a realistic snowfall with millions of snowflake “bubbles.” It’s water-based, so it’s not harmful, but if you catch it on your tongue, it will taste a little like soap. (I caught some in my eye and it didn’t burn.)

The show just started on December 1 and runs through December 22, with special early shows on December 24 at noon and 2 p.m. It’s still early in the season, so if their traffic is like my client Pearlridge, the crowd will be exponentially larger during that final week. So go early!

Here’s an abbreviated video of my experience, and I apologize for the quality, but some snow bubbles flew into my lens! I wanted to give you an idea of the crowd, though. The opening shot is of the second show, which was actually smaller than the first show.

The snow is going to be a new Maui tradition, but Christina Yumul — who helps with the PR for Queen Kaahumanu — showed me an old tradition in the center: Koho’s.

For me, Koho’s was a hidden gem, but Maui locals have known it as a mainstay for the last 30 years. And if you are even older, you’ll remember it as Apple Annie’s, which probably opened with Queen Kaahumanu Center in 1974. People have been bringing their families here for decades, and it’s so ingrained in Maui culture that residents recognized the dishes I posted before they even read the caption. 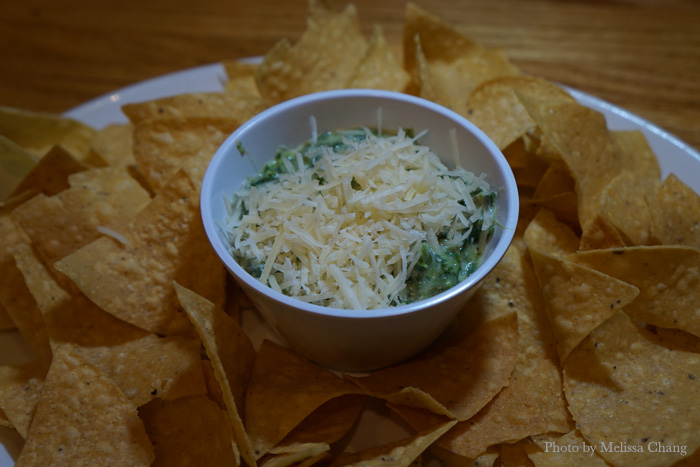 Experimental, off-menu spinach artichoke dip. If it does well, they’ll put it on the regular menu, but they’ll have to bump something off. Whenever they do that, there’s a bit of an uproar — people don’t like changes at Koho’s! But it was good! 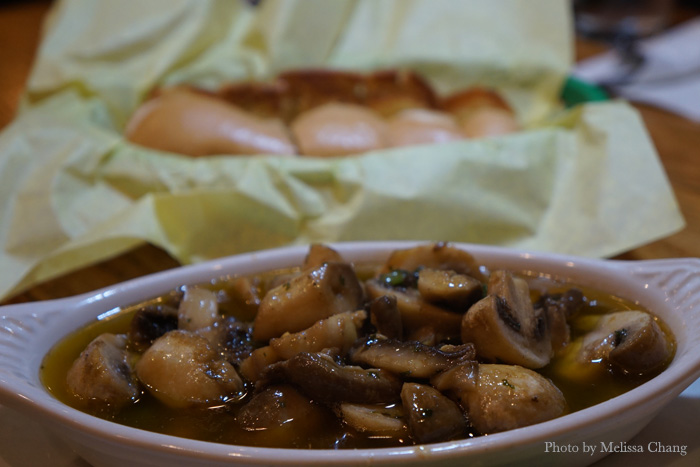 Koho’s famous mushrooms ($7.95) sautéed in garlic butter and white wine. The secret ingredient here is the addition of oyster sauce, which gives it some addicting umami flavor. You can order it with garlic bread ($3.50), which you need to get every bit of the butter sauce, but people pretty much pour the mushrooms and butter on all the other dishes. Now you know why it’s been on the menu since the restaurant opened. 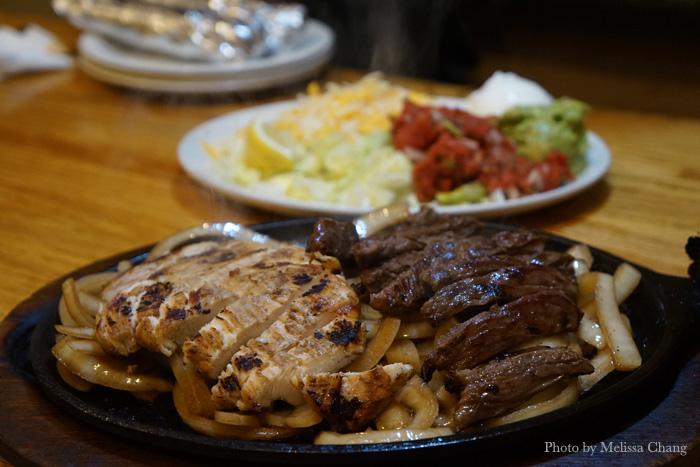 Fajita combo ($26.95) of chicken and steak, another item that’s been on the menu since the beginning. These are popular not just because they’re filling, but it’s fun to customize your own fajita with their homemade guac and special grilled onions. Christina poured the garlic mushrooms into her fajita. 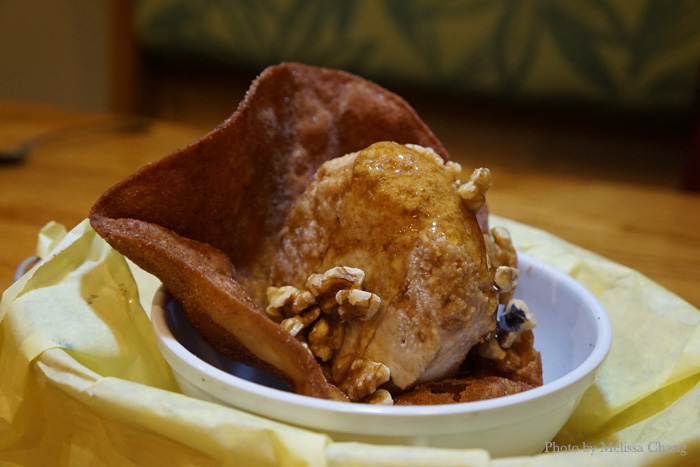 For the holidays, Koho’s serves a special Kilauea snowball ($5.75): deep fried ice cream (not tempura) topped with honey and walnuts and served in a fried cinnamon tortilla. Be sure to get a little of everything in each bite — the cinnamon tortilla really makes it!

We were really full, but manager Gerri Eckart wanted us to try their famous guava vinaigrette (not pictured), which they use for salads and on one of their fish dishes. I put it in my chicken fajita and it was pretty mean! I recommend getting a little container of it on the side so you can put it on your food, too, when you’re not putting the garlic mushrooms all over it.

Mahalo to Queen Kaahumanu Center for bringing me to Maui for this old and new holiday tradition, and mahalo to Koho’s for dinner! 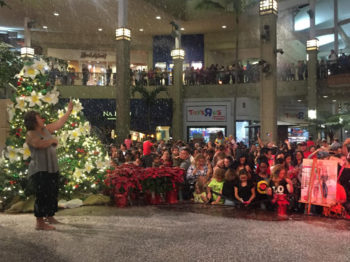 Thanks to Christina Yumul for this photo of me catching the snow crowd!

Global, Filipino-inspired brunch all day is worth a drive to Napili