“Kawaii” is the Japanese term for cute, and the kawaii culture has been slowly seeping into the States for years. Just look at Gwen Stefani’s Harajuku Girls or LeSportSac’s Tokidoki bags and you’ll have a good idea of what passes for kawaii. There’s a level of kawaii everyone is susceptible to and Japan seems to nail it everytime.

When you visit, you’re bound to find something so kawaii that it stops you in your tracks and will not let you go unless you pick it up or buy it. Stuffed animals, hand cloths, figurines, shirts, keychains–if it fits in a suitcase, I’ve probably brought some version of it home from Japan. On my recent trip, I found myself stopping for super kawaii animals: 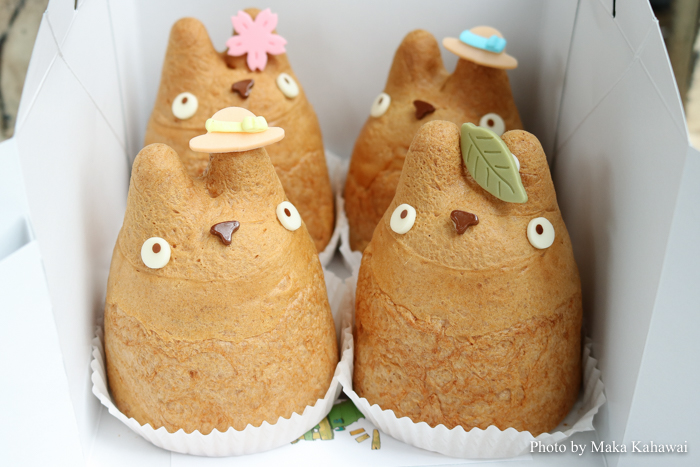 These adorable cream puffs all have different fillings, marked by the type of chocolate attached to their heads.(440 yen each; approx. $4)

Totoro is the huggable, fluffy forest spirit from its namesake film “My Neighbor Totoro,” created by famous Japanese animator Hayao Miyazaki. These super kawaii shuu kureemu, or cream puffs, are normally filled with custard, chocolate or banana, but they also offered a seasonal strawberry filling when I visited. 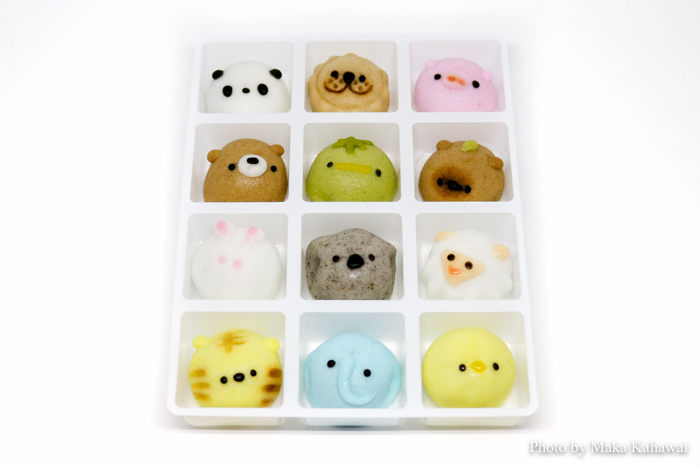 This particular box comes with twelve different animals, half of them filled with azuki and the other half filled with chocolate. (1780 yen, including tax; approx. $16)

You can find regular manju (flour-based confections filled with azuki paste) all over Japan, but these tezukuri doubutsuen or handmade zoo manju are definitely special. Each 1.5-inch manju are shaped like animals that the Japanese love, including a green kappa, a popular spirit creature that supposedly lives in rivers and lakes.

These manju are the perfect example of something so kawaii that I stopped mid-step after seeing it, turned a sharp 90-degrees, and made my way through a steady stream of shoppers to take a closer look. They’re so cute, you almost don’t want to eat them. Almost. 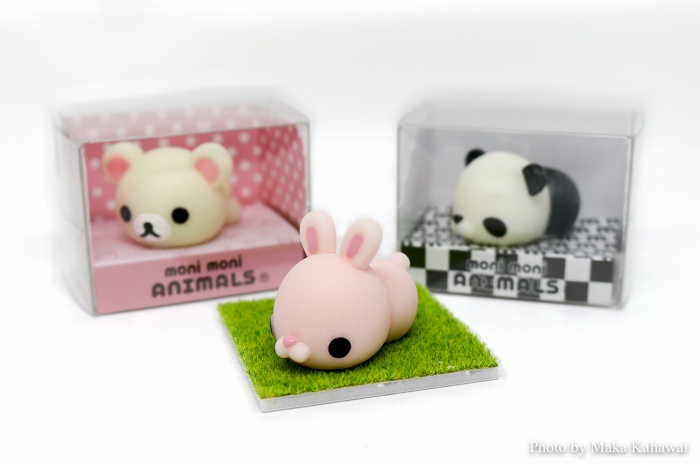 It looks like mochi; it feels like mochi; but it isn’t mochi. It isn’t edible at all, but you’ll be tempted to pop one in your mouth after playing with these Monimals. Moni moni is a play on muni muni, the Japanese onomatopoeia that describes something soft and squishy, which perfectly describes what these little stress relieving toys feel like. You can squish them all day long, and they’ll pop right back to their original form. You won’t be able to stop yourself from smiling once you pick up a Monimal.

Squishy, squishy! Probably my most entertaining buy from my #Japan trip is this mochi-like #MoniMoni #usagi (#bunny)!

I am talking about real, living, breathing foxes! There are lots of animal cafes popping up in Tokyo, but we journeyed completely out of our way to find a fox village. Yes, a fox village in the mountains where you can walk amongst furry foxes, feed them treats, and hug and pet them. Admission is 1000 yen (approx. $9), fox feed is 100 yen (less than a dollar) per baggie, hugging a fox in your lap is 400 yen (approx. $3.60) and you won’t bat an eye at or regret spending your money on it. They feel just as fuwa fuwa, or soft and fluffy, as they look. I wished I could just pack one up to bring home with me, but I settled for a stuffed animal fox from their gift shop instead. 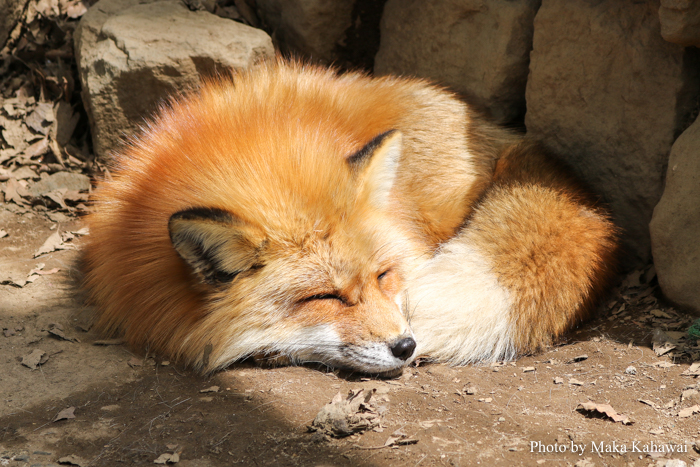 Sleeping foxes were everywhere and this cutie was balled up near a wall looking peaceful and fluffy.

Kawaii! Why Daiso's kitchen department is my happy place