You thought 2016 was a smoking hot year for restaurant openings? Well, 2017 is looking no less stellar. From local star chef-driven places to national and international chains, here are the spots that have us drooling already.

What: New libations hotspot in Chinatown will become a full-fledged Italian eatery when the kitchen gets into full swing in January. From the people who’ve made J.J. Dolan’s just up Bethel Street one of this town’s favorite pizza-and-beer joints. In the old Brasserie Du Vin spot next to Palate Craft and Eatery.
Where: 1115 Bethel St.
When: Bar open now, Italian food menu starts in January 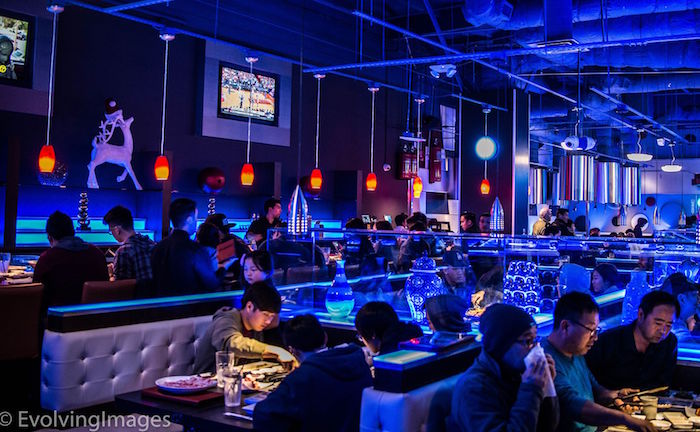 What: All-you-can-eat Korean barbecue chain from L.A., taking over the huge Tsukiji Fish Market and Restaurant space at Ala Moana. Eighteen restaurants so far, including in Texas and Nevada, promising complex flavors with global influences.
Where: Ala Moana Center, 1450 Ala Moana Blvd.
When: Soon, like any day now 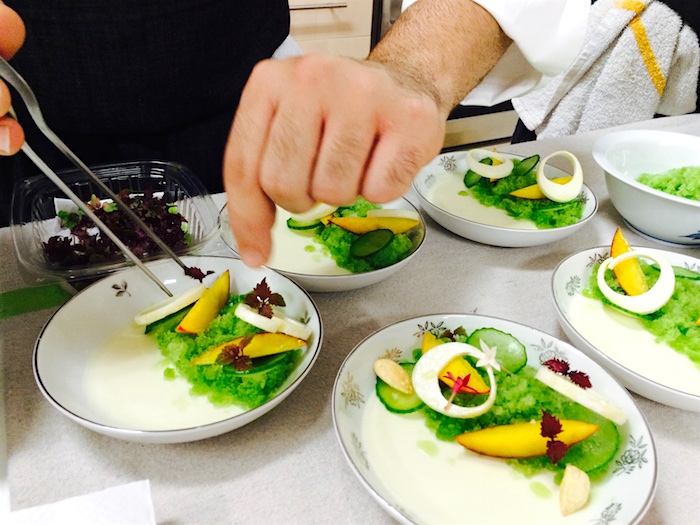 What: Either a bakery and coffee shop, or else a restaurant. The former exec chef of Vintage Cave and sous chef of Napa Valley’s three-Michelin-star French Laundry hasn’t decided yet. Either way, it’ll be somewhere on Maui, Mizukami’s home island, and we are flying over.
Where: Maui
When: 2017

What: Brewpub from Hawaii’s largest craft beer brewer, with more than 50 different styles on a rotating basis. Maui Brewing has one brewpub in Lahaina. This one, taking over the old Jimmy Buffett’s at the Beachcomber space, will be the first of two on Oahu; the second is planned for the old Kailua Macy’s in 2018.
Where: Holiday Inn Resort Waikiki Beachcomber, 2300 Kalakaua Ave.
When: This winter

What: Japanese Iron Chef Masaharu Morimoto is upping the local ramen game: He’s opening in the Alohilani Resort (formerly the Pacific Beach Hotel) as part of its $115 million transformation. This is also where he’s relocating his namesake Morimoto resto from the Modern, but it’s Momosan’s ramen, rice bowls and sake selected to match that we’re excited about.
Where: Alohilani Resort, 2490 Kalakaua Ave.
When: Late 2017 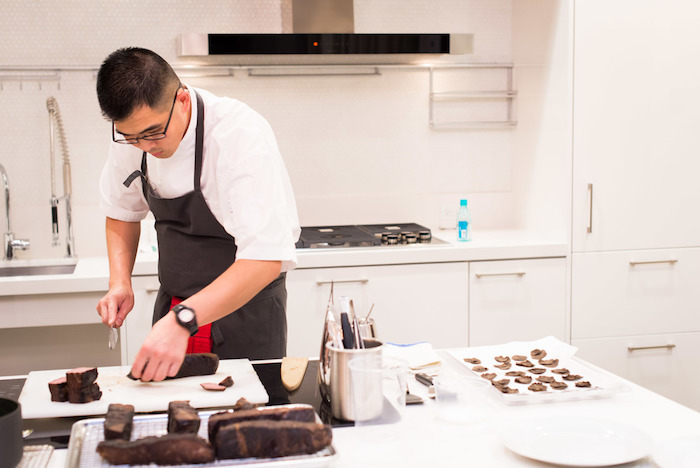 What: First restaurant by Kevin Lee, one of Prima Kailua’s opening chefs and a veteran of Michelin-starred kitchens in New York and Hong Kong. Known for his refined takes on veg and seafood. We hear there’s a chef’s table in the works. Opening in the Harbor Court lobby in the spot that once housed Umami Cafe.
Where: Harbor Court, 66 Queen St.
When: Spring 2017 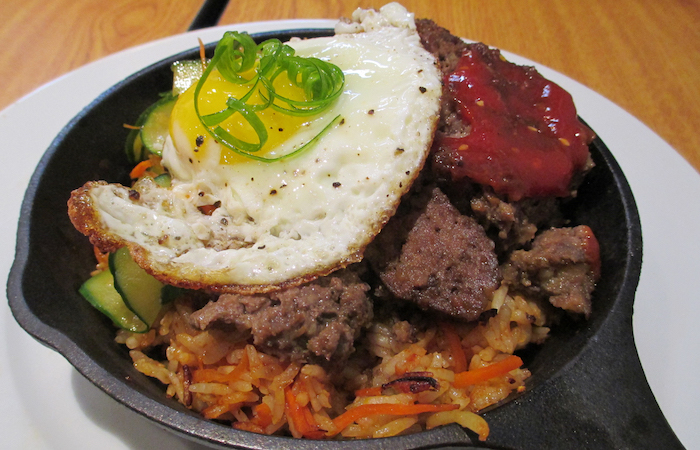 What: New Ward Village eatery by Chinatown’s Scratch Kitchen & Bakeshop. Unlike the Chinatown locale, which brought us the likes of the pulled pork dumpling posole and the Elvis french toast with smoked bacon, peanut butter and bacon-banana caramel, this one will serve dinner in addition to breakfast and lunch. And yes, with lots and lots of meat.
Where: South Shore Market, Auahi Street and Queen Lane under T.J. Maxx
When: Spring 2017 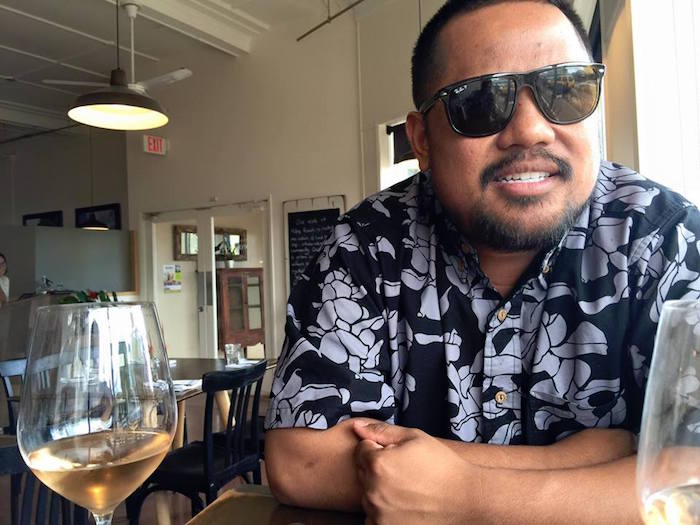 What: Sheldon Simeon’s newest new resto on Maui. The “Top Chef” contestant is red hot on Bravo TV’s current season, filmed in Charleston, S.C. right after Simeon opened Tin Roof in Kahului, which was after his Migrant Maui closed in Wailea. Both restos drew heavily on Simeon’s local Filipino heritage. About the Wailea spot, he says, “all I can say for now is it will be very Migrant-esque.”
Where: Shops at Wailea, 3750 Wailea Alanui Dr.
When: 2017 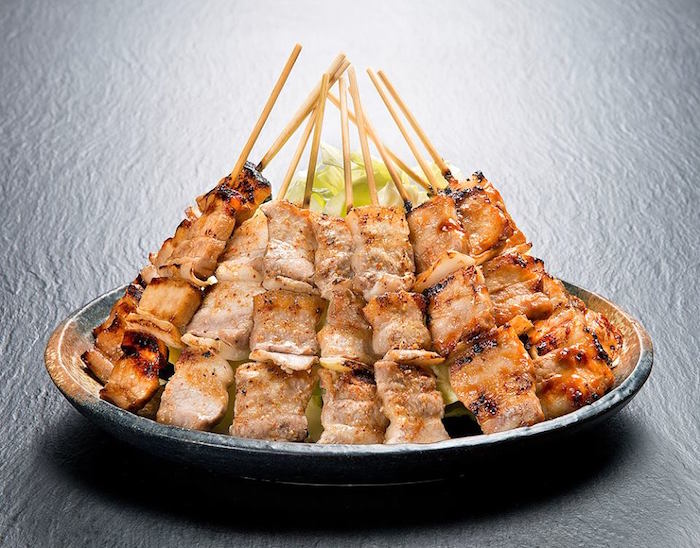 What: First U.S. outpost of an upscale yakitori chain from Japan. Bringing butabara (pork belly) on a stick, as in this morsel from Hachibei’s Facebook: “We’ve perfected our butabara yakitori recipe, with three flavors available: sweet sauce, salt, and miso sauce.”
Where: 1110 Nuuanu Ave. (between Brick Fire Pizza and Manifest)
When: This winter

What: Dim sum house spawned by Michelin-starred London resto of the same name, with patisserie, cocktails and dozens of choices of tea. Who hasn’t been waiting for cocktails with dim sum?
Where: International Market Place, 2330 Kalakaua Ave.
When: Very soon