From Thai and Korean take-out spots to Irish pubs at the makai end, you wouldn’t blink at the diversity of eateries that line Nuuanu Avenue. That was the case for me – until a new tamale shop caught my eye. Tucked between a mandoo shop and a buy-me-drinky bar, Tio’s Tamales offers a taste of New Mexico.

I’ve never been to New Mexico, but I have a couple of friends from Albuquerque that swear by New Mexico green chile salsa. Nearly everything on the menu at Tio’s can be smothered with the stuff and I’m all about it. Just so you know, New Mexico chiles are a bit pungent, not unlike onions, and can rank pretty high on the heat scale. Tio’s version is mild. 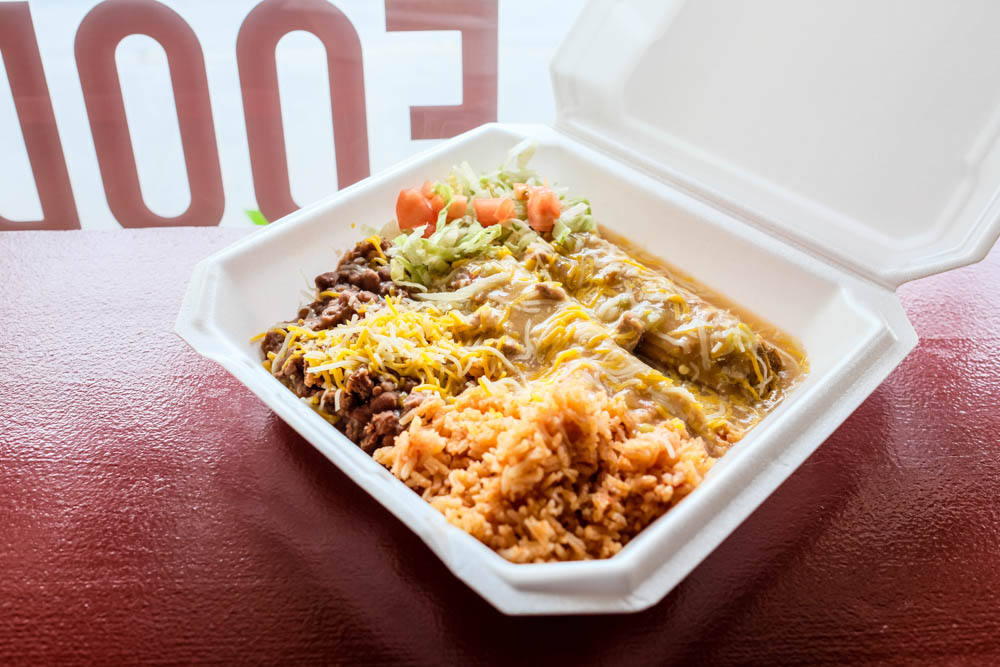 On the mainland, tamales are traditionally eaten during celebrations, making them a popular item at holiday potlucks and family gatherings. At Tio’s they can be had year-round, Tuesday through Saturday. There are three fillings: a New Mexico red with pork and mild New Mexico chile; a Santa Fe green with chicken, roasted chile and Monterey Colby cheese; and calabasitas or vegetarian with zucchini, corn, roasted jalapeno and onion. You can get them on a rice and bean plate smothered in red or green sauce, or packed to go by the dozen. 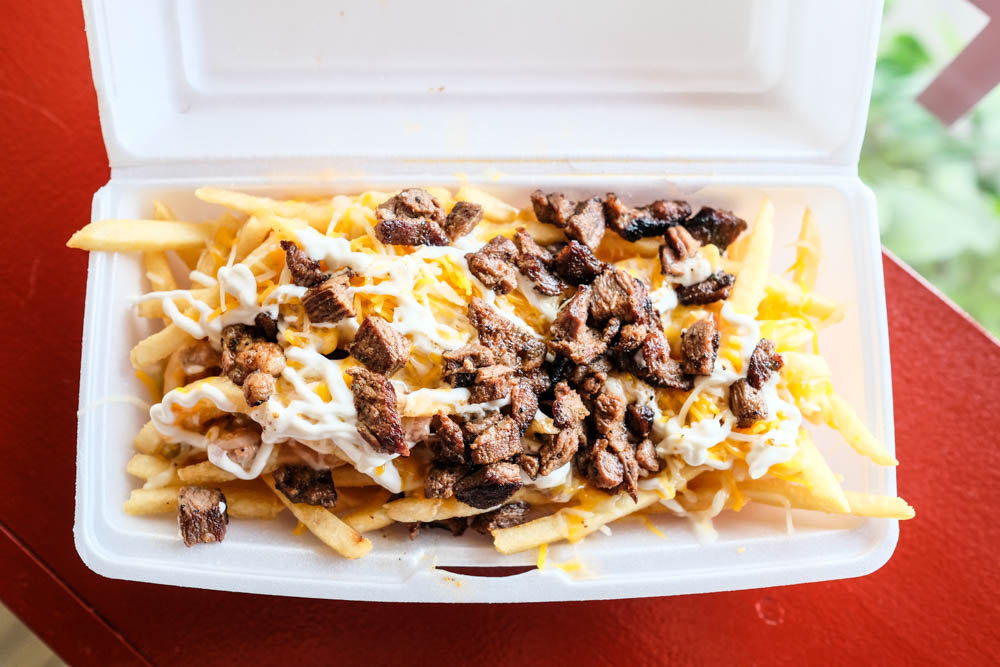 Although the shop is named Tio’s Tamales, it’s the carne asada fries you want. (“Tio’s Carne Asada Fries” just doesn’t have the same ring.) This is the small, BTW.

While the tamales are well and good, it’s the carne asada fries ($9.50 small / $11 large) that’ll keep you coming back. Crispy fries smothered with green sauce are topped with Monterey Colby cheese before bite-size cubes of carne asada steak are sprinkled on. Pro tip: Leave the lid closed for a minute to melt the cheese and you’ll be in ooey gooey queso heaven. 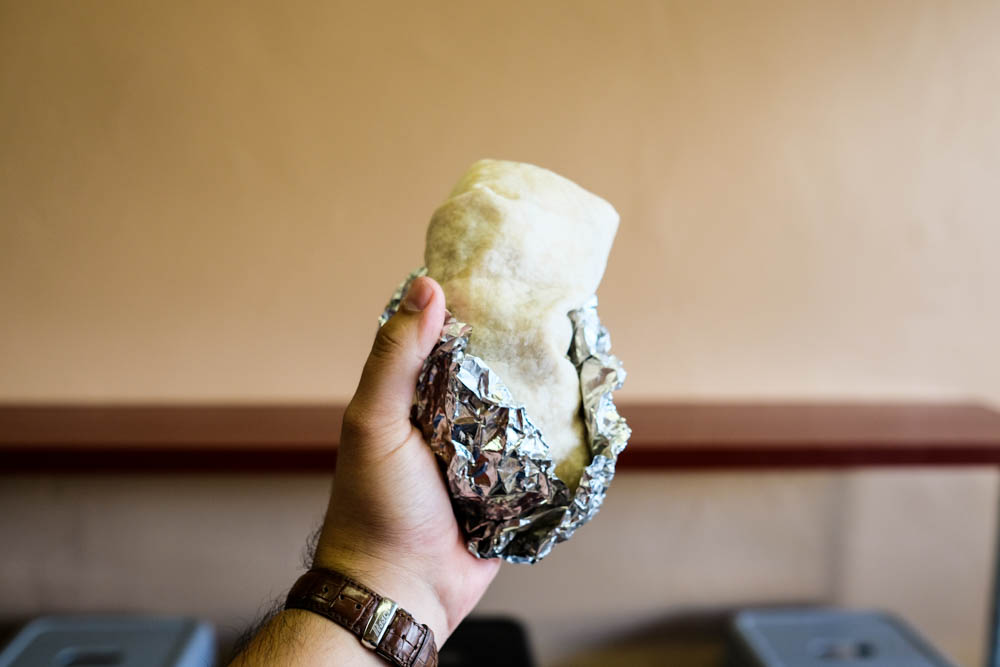 Adventurous eaters should have a go at the Mexican hamburger ($8.50 handheld / $10.50 smothered). It’s exactly what you think it is: a burger patty, halved, and rolled into a burrito with chile verde, refried beans and cheese.

If you’re willing to try something different, get the Mexican hamburger. We expected a ground beef and bean burrito but were surprised to find that it’s actually a burger patty cut in half and rolled into a bean and cheese burrito. The patty was on the smaller size, but the flavoring was good. 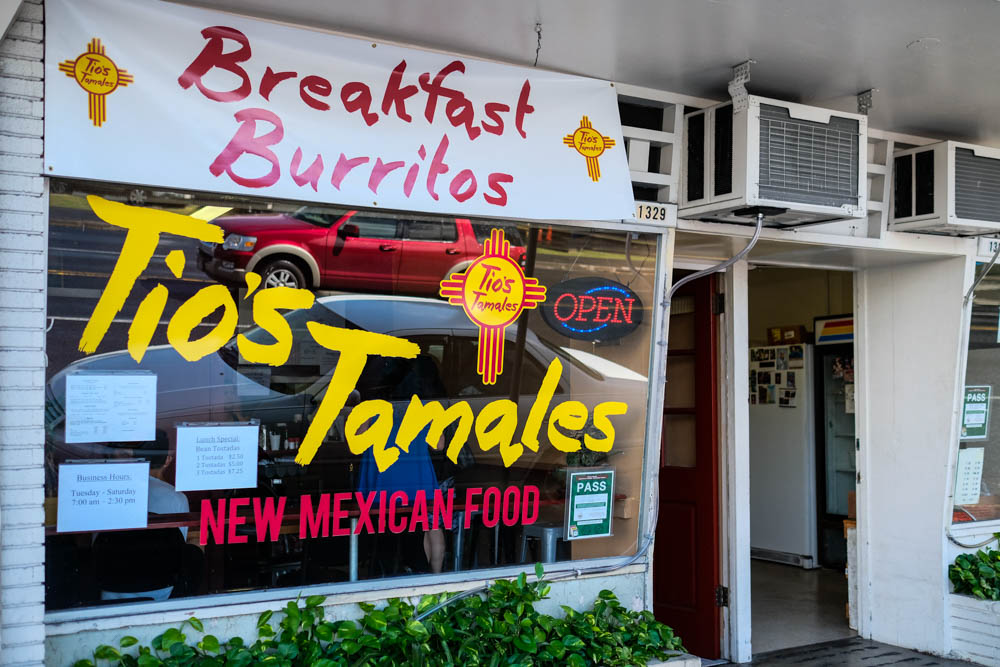 You’ll find Tio’s Tamales in the same building as Sala Thai and Nuuanu Okazuya. Metered street parking out front is your best bet, so bring quarters.