A few weeks ago fellow Frolicker Eric Baranda shared a hidden gem in downtown Honolulu with cheap donuts the size of your face. 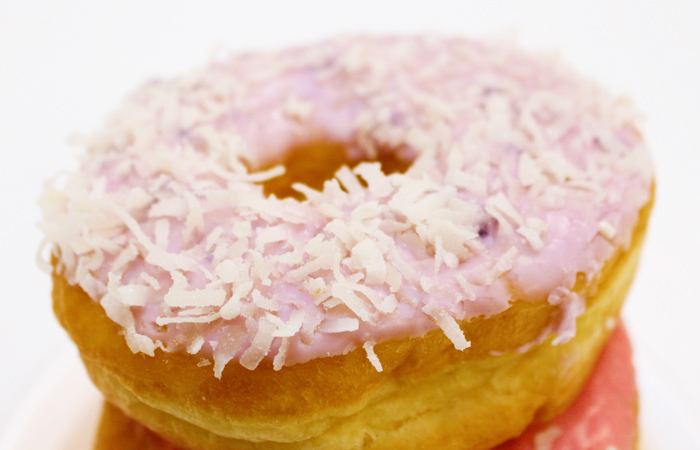 That’s how I found myself inside Mr. Donut’s & Bakery at 9 p.m. last week, dreading the drive home through #Carmageddon after the Zipmobile broke down. A massive blueberry and coconut yeast donut kept me company during the two-hour drive to Waipio. 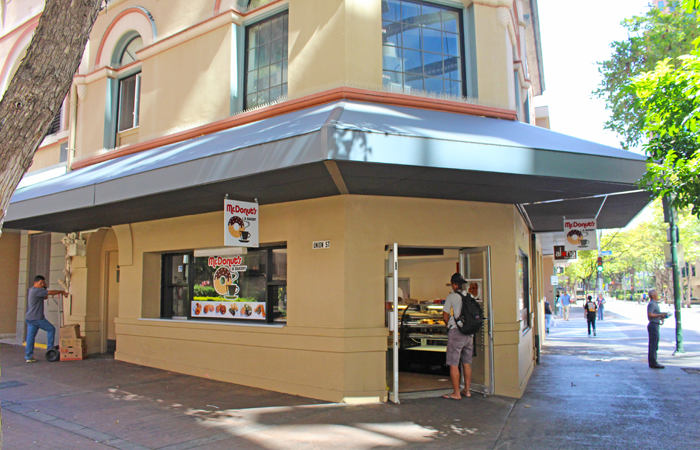 It was strange being inside a downtown donut shop at 9 p.m. on a weekday, but they were open and serving a number of customers. 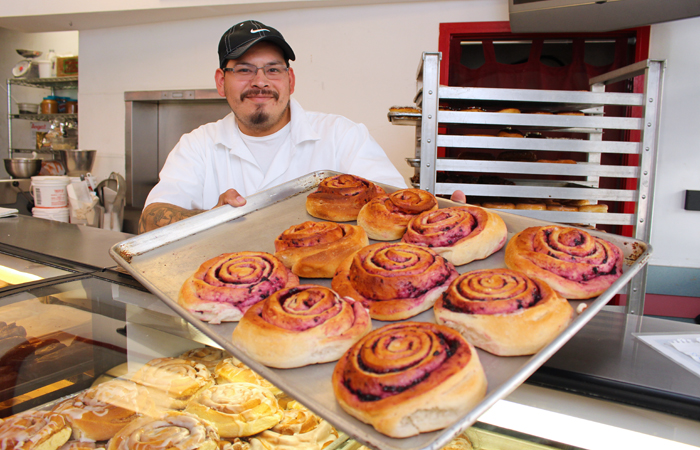 Owner William Borgos runs the business with his dad Carlos and arrived in Hawaii by way of California. Mr. Donut’s & Bakery has been open for 10 months and has the most ridiculous hours for a mostly two-man operation: It opens at 5 a.m. and closes at 4 p.m. but they reopen around 7 p.m. when Carlos comes in to start baking. Our coworker has even gotten a donut at 3 a.m.! 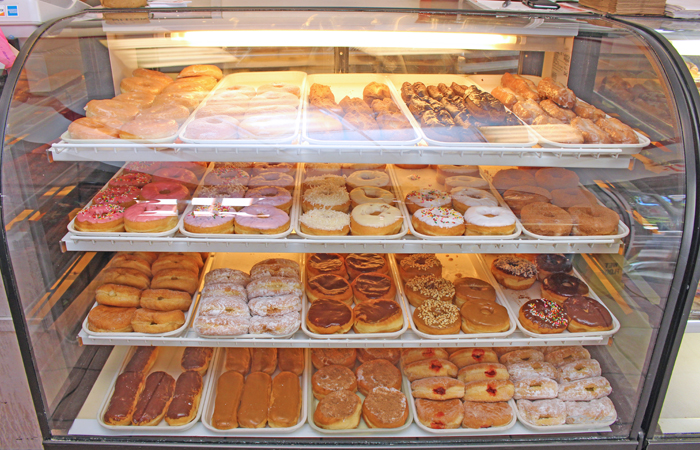 Two beautiful cases full of giant donuts and danishes. This one holds the ring donuts, bars and filled donuts. 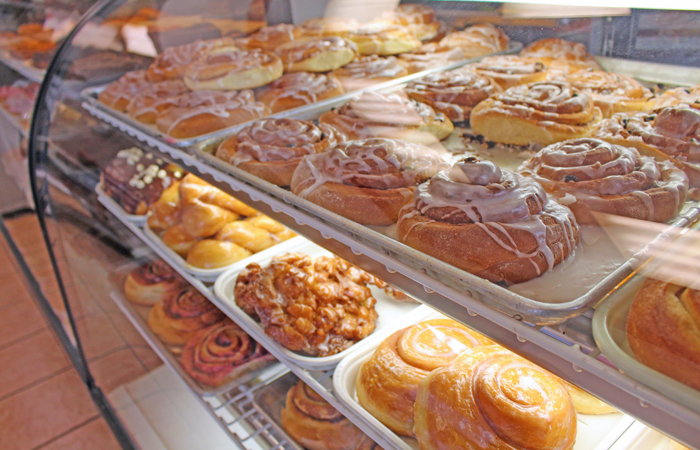 The second case holds an impressive selection of cinnamon rolls, apple fritters and specialty donuts including a peanut butter-filled one.

William has been baking since he was 13. He prepares everything from sprinkle-topped or coconut-dusted yeast donuts to gigantic butter rolls and even apple fritters. 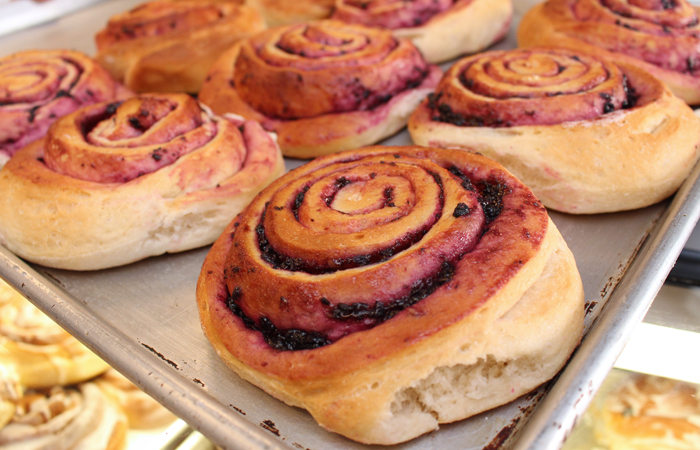 These butter rolls are about the size of a wall clock and five iPhones thick.

The best time to check them out is in the morning. They have the best selection at that time; after noon, they run out quick. William just created a glazed cinnamon crumb and an apple cinnamon crumb that you have to try. 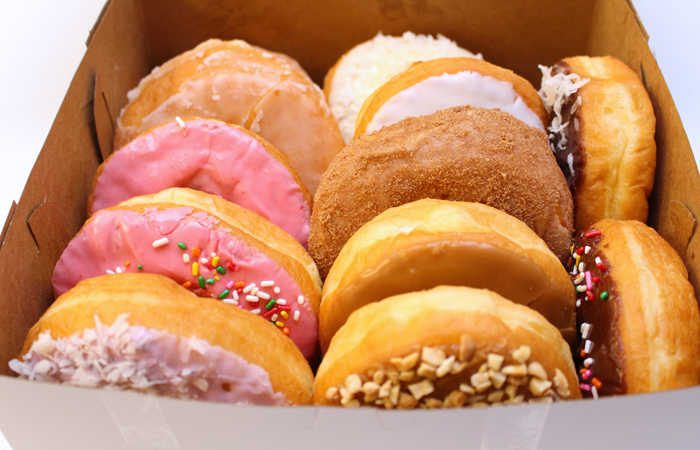 The Borgos plan to expand their menu with guava, cheese and bear claws, and will add coffee and bagels soon.

You may want to eat at Chinatown's new burger bar Daley