Today is National Grilled Cheese Sandwich Day, because for millions like me, the quintessential American sandwich just never gets old.

But there’s always room for variety, so in that spirit here’s a version that’s unconventional, over the top and … well, let’s just say breadless.

It’s at Million Pocha, a karaoke spot known for its grapefruit soju, spicy chicken wings and other Korean street food. The dish I’m after: Kimchee fried rice with cheese ($15). 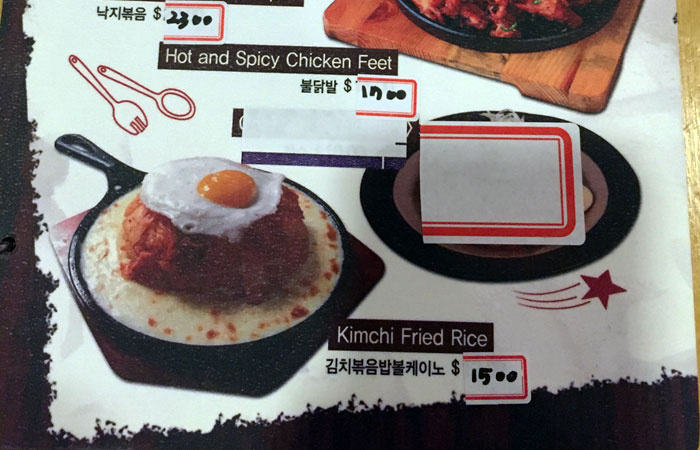 Not gonna lie: I had a similar dish several years ago at a different Korean restaurant and got major acid reflux from the kimchee. But since then I’ve built up my tolerance. So I’m ready.

Here’s what happens when you order the kimchee fried rice with cheese at Million Pocha.

How about that: You get dinner and a show. The mozzarella-cheddar mix is filled with kimchee, obviously, but also Spam, bacon and corn. It’s topped with two eggs, which are gently folded in as it’s mixed. I’m transfixed by the oozing, bubbling, sizzling sea of cheese. 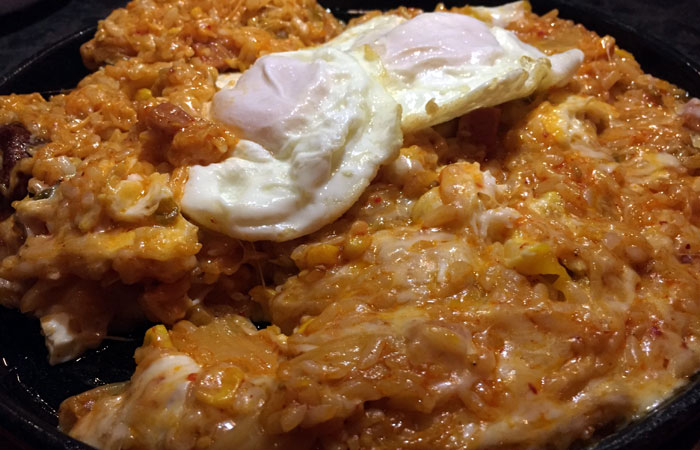 Two fried eggs come as part of the side dishes. We add them to the fried rice mixture for extra ooze.

The dish isn’t super spicy. The stringly mozzarella in every bite helps to diffuse the kimchee’s heat. For cheese lovers it’s sheer bliss. 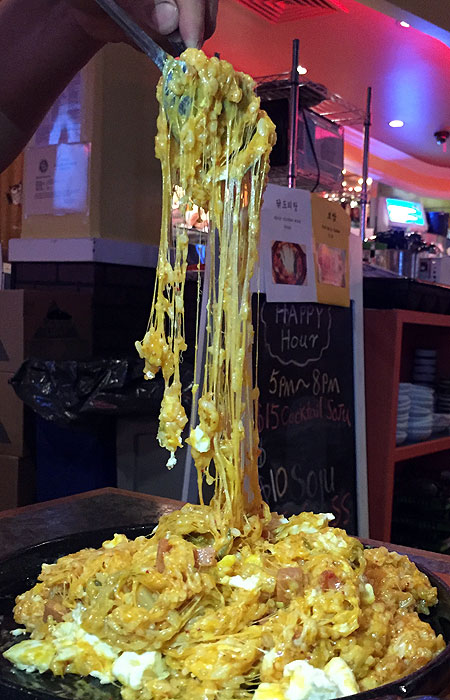 It’s easy to achieve the ultimate cheesepull with this dish. 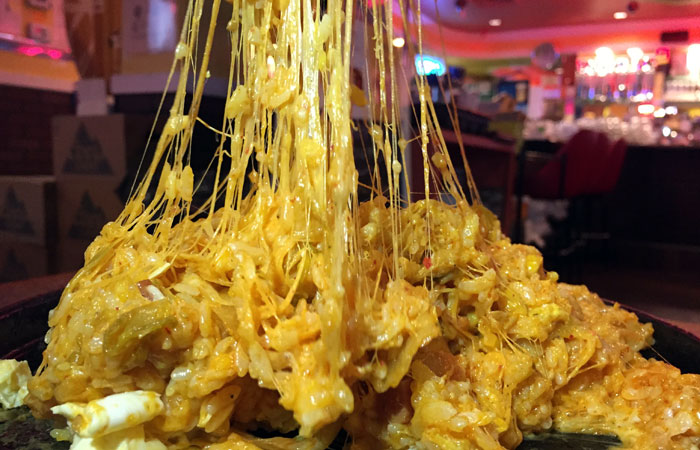 Check. Out. All. That. Cheese. *Insert Emoji with heart eyes*

As much as I still love my grilled cheese in between slices of sourdough or rye, I’d return to Million Pocha for this concoction any day.

Born and raised in Honolulu, Kelli moved back to Oahu in 2015 after pursuing her master of arts in journalism at USC and working for a year in San Diego. When it comes to food, Kelli's favorites can be boiled down to three main categories: brunch, cheese (mac & cheese) and desserts. Her interests include working out, traveling and all things Disney. Follow her on Instagram and Facebook: @kellishiromabraiotta.

Where to find charcuterie on Oahu