I first heard rumblings of a new JJ Dolan’s sister restaurant in the works at the former Brasserie du Vin spot back in November 2015. With JJ Dolan’s pedigree for delicious pizza and wings, I couldn’t wait for this new Italian spot to open. I was patient. Week after week, I peered into the darkened windows during my lunch breaks. I only hoped opening day would come sooner rather than later. 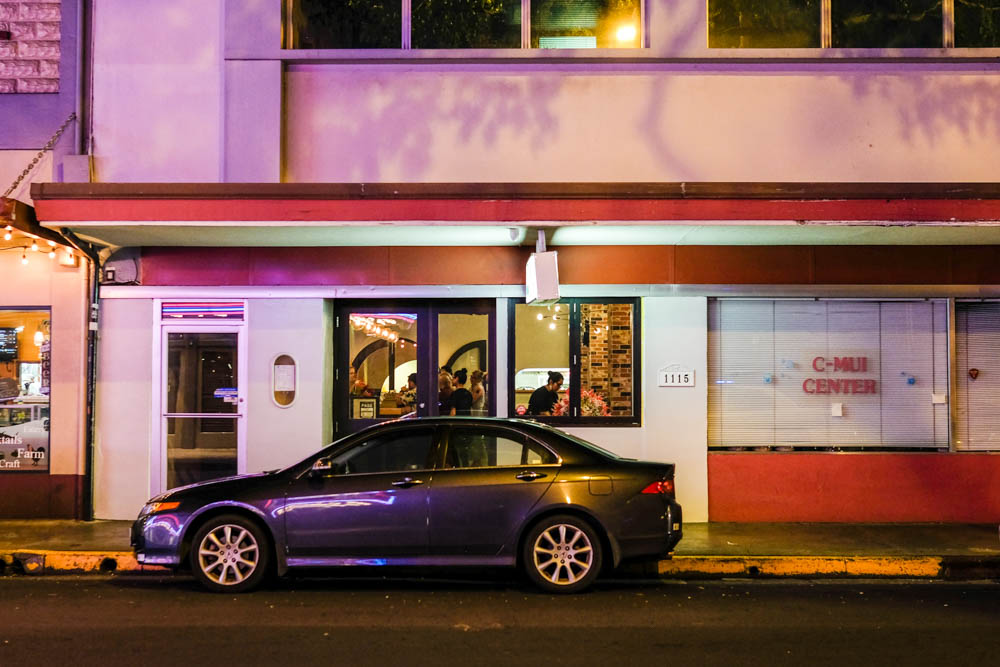 Sooner turned into later, and later came and went. Then a month ago in early December, the paper came down and everyone was invited in to the new Bethel Union for a drink. The food menu was still in the works, but we were happy to take a seat at the bar and see the new space. 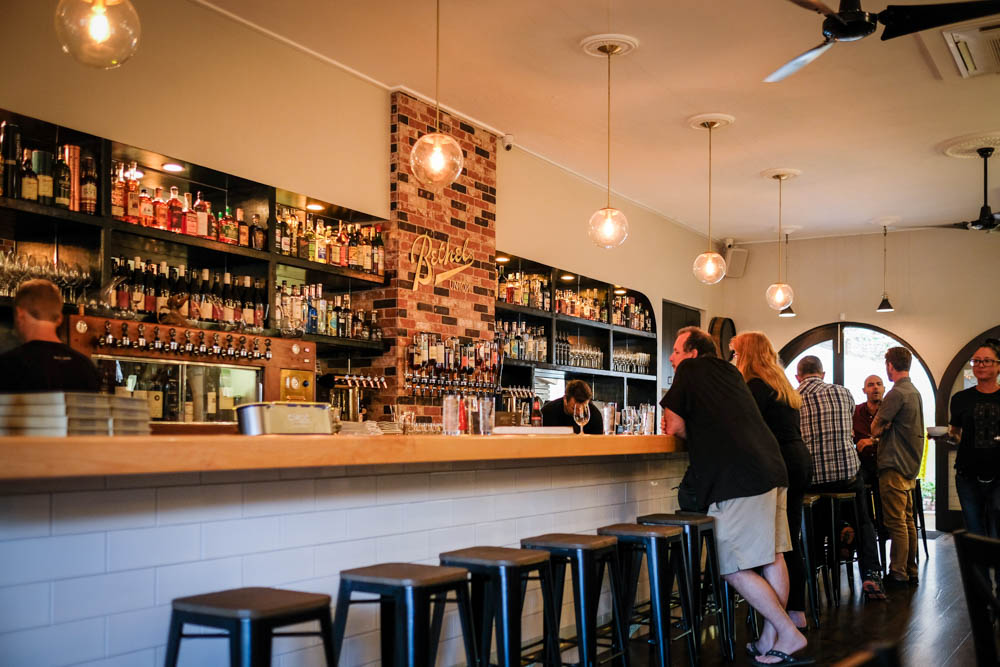 The interior is dominated by an enormous bar with seating for more than 20. Design-wise, it’s a far cry from the dark French bistro feel of Du Vin. Full of light, midcentury modern accents juxtapose against exposed brick in a space unlike any Italian restaurant I’ve been to.

This week I finally got what I was waiting for. Bethel Union is officially open for dinner, with a menu of dishes an Italian-American nonna would make for her grandkids. Although we’ve seen many of these dishes around town, they’re simple, hearty and full of love. For those of you familiar with JJ Dolan’s, it’s way more than bar food. JJ Niebuhr likes to describe Bethel Union as JJ Dolan’s grown-up interpretation, complete with cloth napkins and real plates. 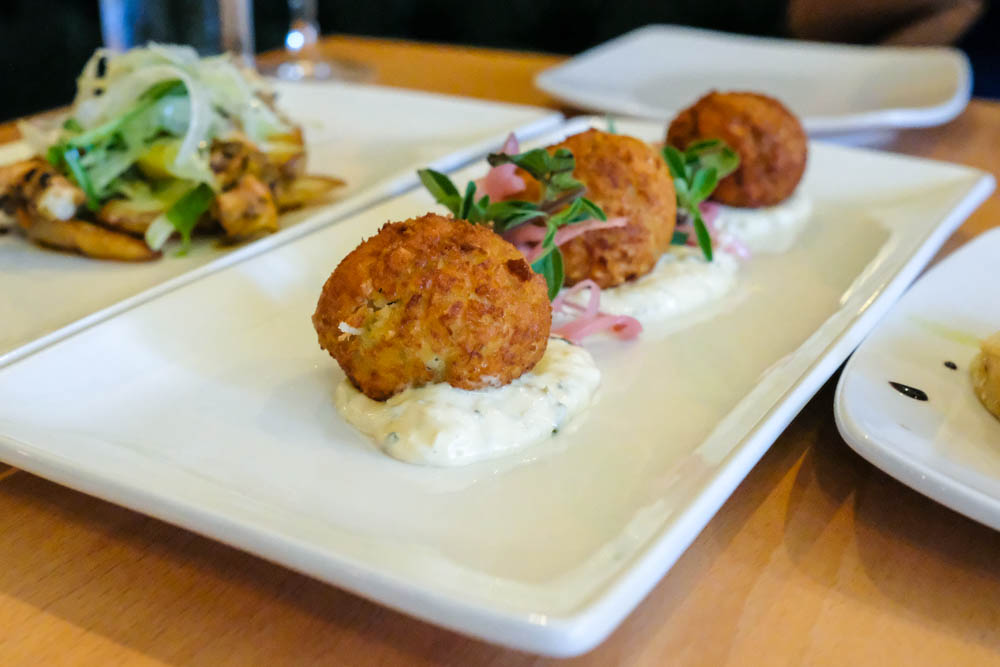 The salted cod croquettes ($8) make for a good starter.

You’ll want to start with a couple of appetizers as you peruse the extensive wine list. We favored the grilled octopus over the cod fritters, but finished off both. The play and balance of acidic pickles with fresh herbs were remarkable. 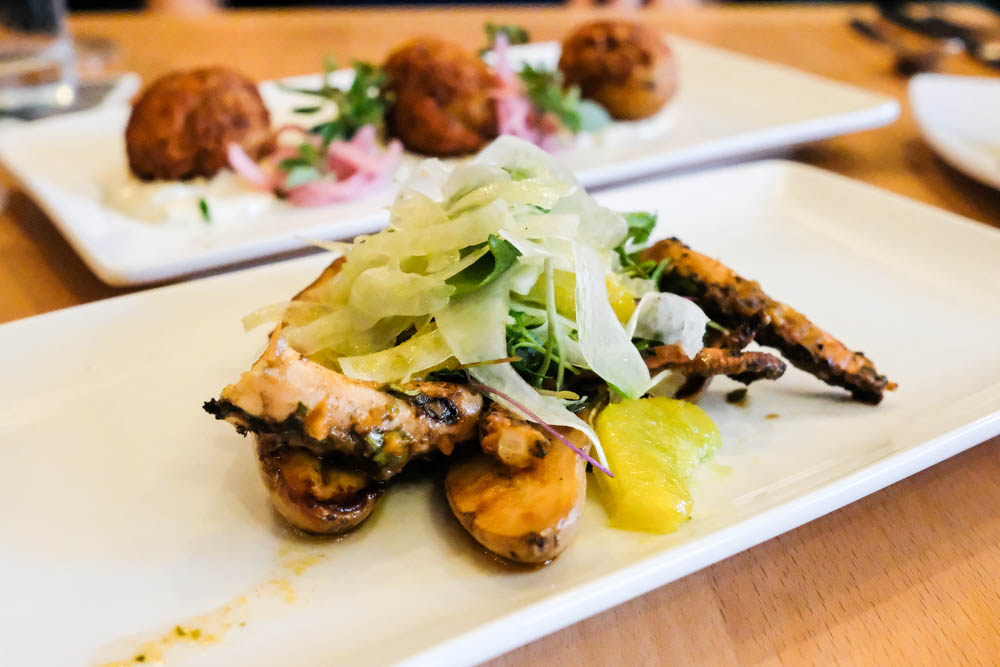 In addition to being a rather large portion, I love the shaved fennel and chimichurri aspects of the grilled octopus starter ($12).

Pasta is a kind of a big deal here so I suggest ordering one. And by one, I mean you should order the fresh pappardelle. The wide ribbons of noodles are draped over tender beef short ribs. I don’t think my dining partner and I spoke after digging in. 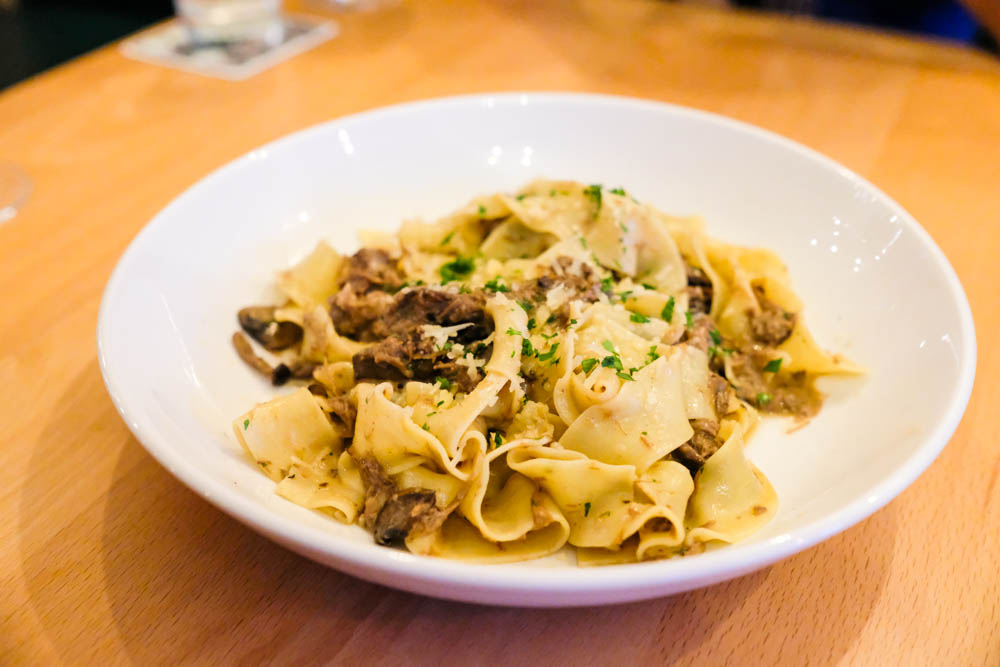 The star of the show is the handmade fresh pasta. The pappardelle ($17) is every bit as comforting as a warm hug.

Despite their small size, these meatballs don’t have an ounce of weak sauce. Made up of a blend of pork and beef, they have an herbaceous kick that almost resembles sweet Italian sausage sauteed with peppers and onions. The marinara sauce, as important as the meatballs, has a great acidic twang, although I would have been happy with less. 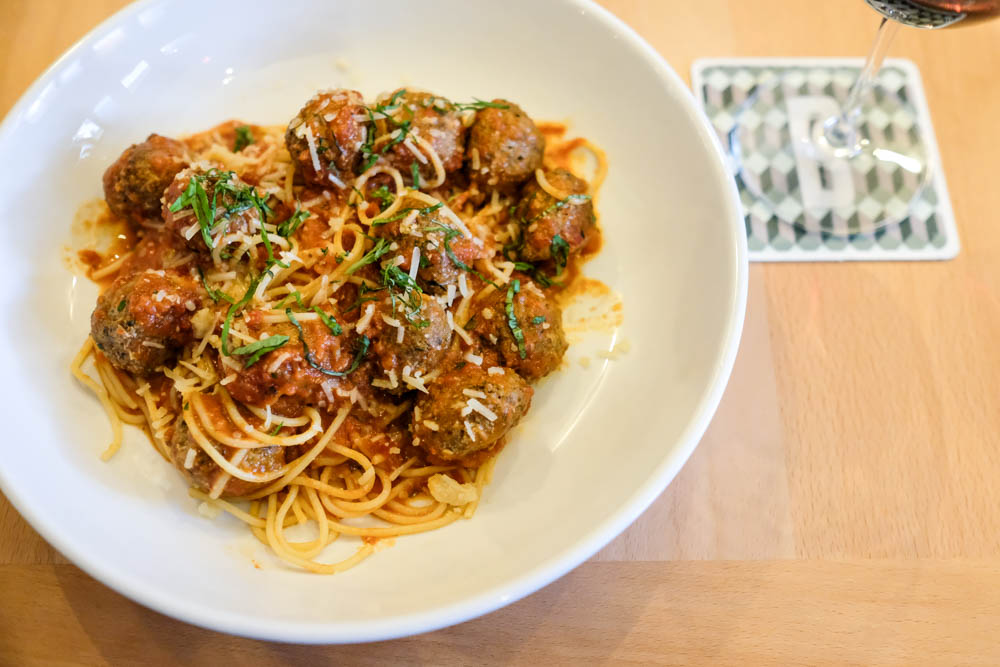 The meatballs ($15) may be small in size, but they more than make up for it in flavor.

The chicken cacciatore is another hearty entree that’s best shared. As with the meatballs, you can add pasta for an additional $5. 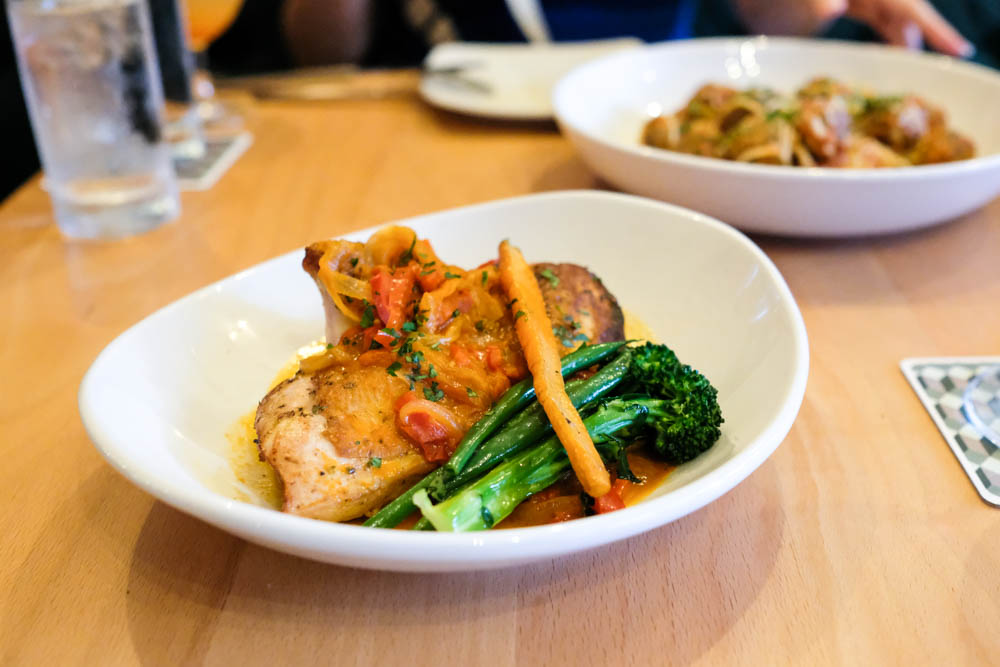 The cacciatore ($22) is one juicy piece of chicken. Marinated in lemon and pan-seared with tomatoes, peppers and capers this bird was tender and delicious.

You’re in luck if you’re thirsty. There are over 25 wines available by the glass and or bottle in addition to a few sommelier-recommended bottles found on the Cruvinet wine distribution system. There’s also a list of specialty cocktails ($11), draft and bottled beers ($6-10) and a collection of liquor and spirits. 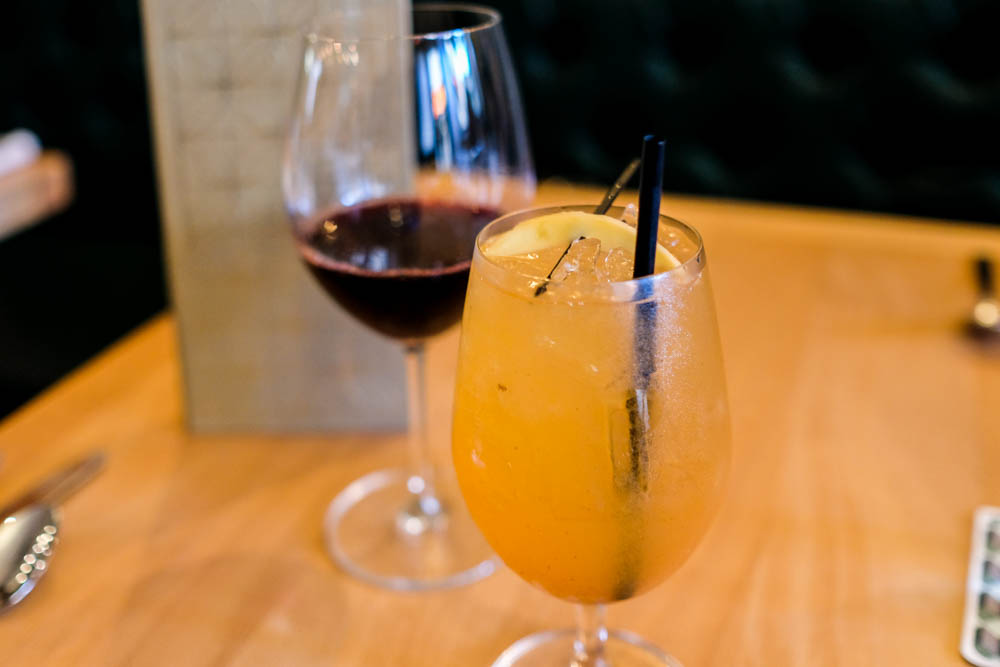 I had a glass of the tempranillo ($11), a Spanish wine with a subtly sweet body that went very well with the pappardelle short rib pasta. My dining buddy went for the Hanabatta Days cocktail ($11), which is the love child of a white sangria and li hing pickled mango juice. Very interesting.

I gladly welcome this addition to the Chinatown dining scene. If the stars align as they did for JJ Dolan’s, Bethel Union has a bright future ahead.