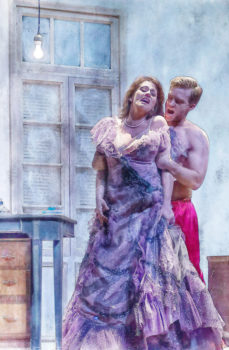 “A Streetcar Named Desire”
For the first time in Hawaii, HOT will present André Previn’s operatic transformation of Tennessee Williams’ classic play. Performances will be at Blaisdell Concert Hall on Jan. 27, 29, & 31, 2017.

Set New Orleans in the 1940s, Blanche DuBois arrives at the home of her sister, Stella Kowalski, and husband, Stanley Kowalski, after suffering the loss of her ancestral home and job. Skeptical of the story, Stanley grows infuriated by Blanche losing his wife’s birthright, and sets out to reveal the truth behind the circumstance. The conflict between the two unfolds with tragic and violent consequences.

The cast is made both first-time and returning performers to HOT’s stage. One of those coming back is Ryan McKinny who was named one of Opera News’ Top 25 Rising Stars this past year. The Artistic Team is led by San Francisco Opera’s Mark Morash, who also makes his HOT debut, joined by Stage Director Brad Dalton. 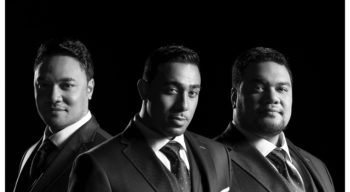 Sol3 Mio
The internationally acclaimed Sol3 Mio returns to Hawaii for a one-night-only performance on Saturday, Jan. 28 at 7 p.m. at the Blaisdell Concert Hall. The Samoan trio is made up of tenor brothers Pene Pati and Amitai Pati, along with their baritone cousin, Moses Mackay. Their unique family bond and love for opera carved out a niche for the group since their first performance in 2012. They have been able to take the music they love to a fresh audience while continuing to study, train and make huge achievements within the classical world. The trio is known for their vivacious good humor and their ability to add a refreshing slant to contemporary tunes and the classics.

Enter to Win Tickets
Want to see the show? Fill out the form below for a chance to win a pair of tickets to the attend the performance of “A Streetcar Named Desire” or Sol3 Mio at the Blaisdell Concert Hall. To enter our giveaway, complete the form below to sign up for the Frolic Hawaii and Hawaii Opera Theatre newsletters. Even if you’re already a subscriber, you can still enter the giveaway. The giveaway ends at 4 p.m. on Monday, January 23, 2017. We’ll be randomly selecting three winners, who will be contacted via email.

Tickets to A Streetcar Named Desire and The Return of Sol3 Mio can be purchased online at Tickets.HawaiiOpera.org, Ticketmaster.com, or by calling the HOT Box Office at 808.596.7858. Group, military, and student discounts are available through the HOT Box Office.