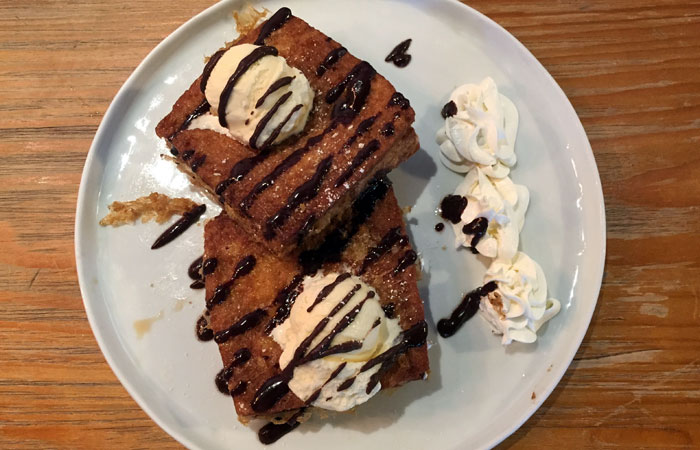 I hear about Egghead Cafe’s peanut butter French toast ($9.75) when a friend recommends it to me. She calls it “a total Kelli dish” — sweet, full of peanut butter and over the top. Naturally, I have to check it out.

I’m not the only one who’s egg-cited. The server tells me this special has been so popular since it came out in January that it’ll probably become a permanent menu item. 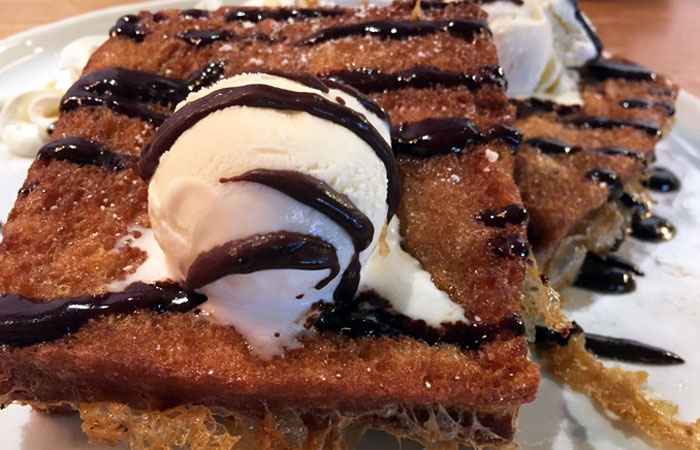 This classic peanut butter sandwich is made with white bread, deep-fried and topped with a condensed milk drizzle. Optional: Add vanilla ice cream and chocolate sauce for an additional $1.50 — which, of course, I do.

When my gluttonous breakfast comes, the two people at the next table can’t help but stare … and stare some more. Then they ask in unison, “What is that? Is that on the menu?”

I tell them it’s a special, a deep-fried peanut butter sandwich and they’re missing out if they don’t try it. It immediately gets two more orders. 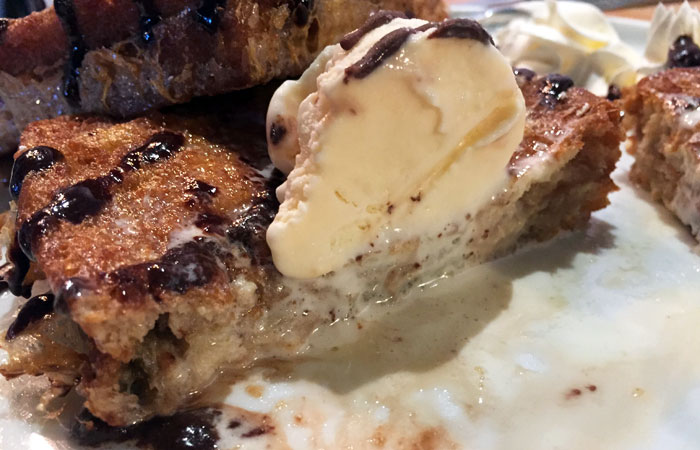 The petite scoops of vanilla ice cream don’t melt at an alarming rate, even though the French toast is warm.

The deep-fried sandwich sports a delectable crunch. It’s neither heavy nor oily — it only gets soggy from the ice cream once I’ve let it sit for a while. I love how I can taste creamy peanut butter in every bite. I can’t really tell that there’s condensed milk, but minor detail. The peanut butter has the starring role, and the chocolate sauce is the perfect topping. I momentarily forget that I’m eating French toast and not some kind of sundae in disguise. 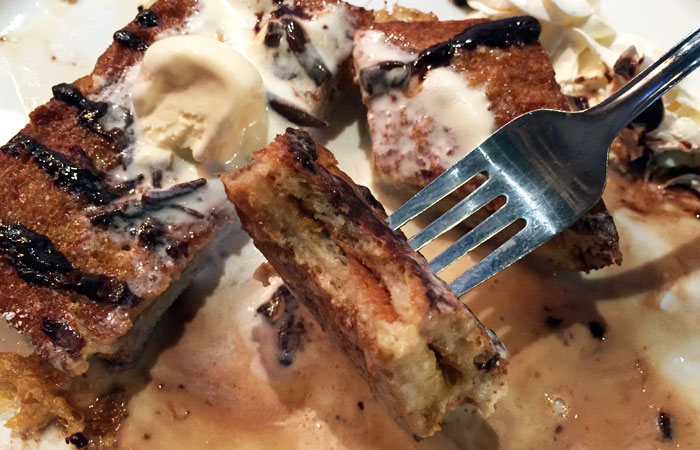 The peanut butter layer is thinner than I expect, but perhaps that’s just cause my homemade sandwiches probably have 50 percent more pb than normal sandwiches do.

Creamy, crispy, melty and over-the-top indulgent. Who says that you can’t have dessert for breakfast?

Not your typical Valentine’s dinners

Chinee like me: The search for Hainanese chicken rice

Born and raised in Honolulu, Kelli Shiroma moved back to Oahu in 2015 after pursuing her master of arts in journalism at USC and working for a year in San Diego. When it comes to food, Kelli's favorites can be boiled down to three main categories: brunch, cheese (mac & cheese) and desserts. Her interests include working out, traveling and all things Disney. Follow her on Instagram and Facebook: @kellishiroma.