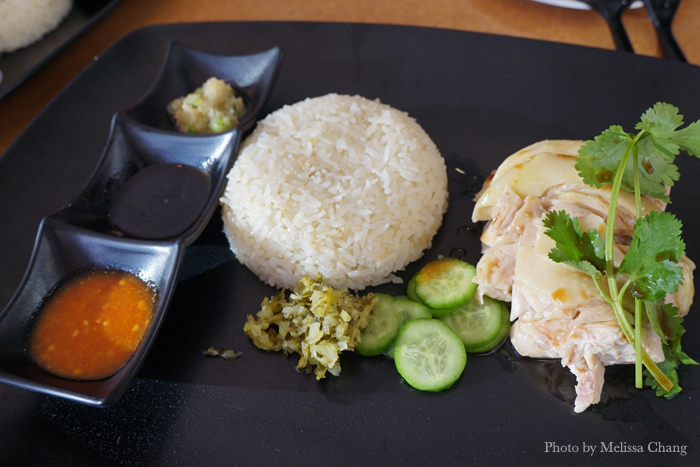 Two years ago, I got hooked on chef Sheridan Su’s Hainanese chicken rice at Flock & Fowl in Las Vegas. I’d had it before in Asia, but none of them compared to this.

The traditional dish sounds boring on paper: cold poached chicken with rice that’s been cooked in the chicken stock, ginger, and garlic (if in Malaysia, sometimes with pandan leaves), then served with shoyu, ginger-scallion dipping sauce, and/or a shrimp-based chili sauce. If all the elements are done right, as Sheridan does, you’ll crave it. Unfortunately, Flock & Fowl is a six-hour plane ride away, so I had to start looking for places in Honolulu that serve a reasonable facsimile.

What better way to celebrate Chinese New Year and welcome the Year of the Rooster, than with a chicken dish, right?

This isn’t a “top five” list, because as any Southeast Asian person will tell you, just because it’s served here doesn’t mean it’s good. But here are some places I’ve tried, just so you can see the range of quality and prices. If you find something great, let me know! 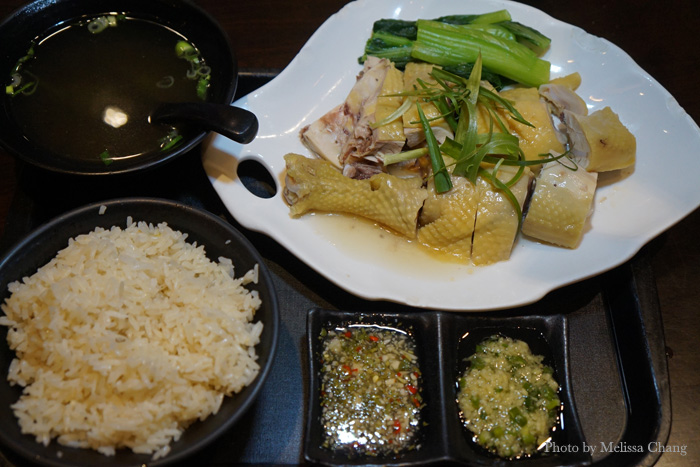 The first place everyone here mentions for Hainanese chicken rice? Anytime Cafe. It’s been one of their signature dishes since they opened and it looks and tastes fairly close to a plate that you’d get at a hawker stall in Asia. They encouraged me to get thigh meat for $2 more, though, which didn’t really add to the dish, and the chicken itself is a little tough. The sauces, however, really gave the flavors a big boost. We liked the ginger-scallion sauce, and loved the garlicky Thai sauce so much that we took some home. 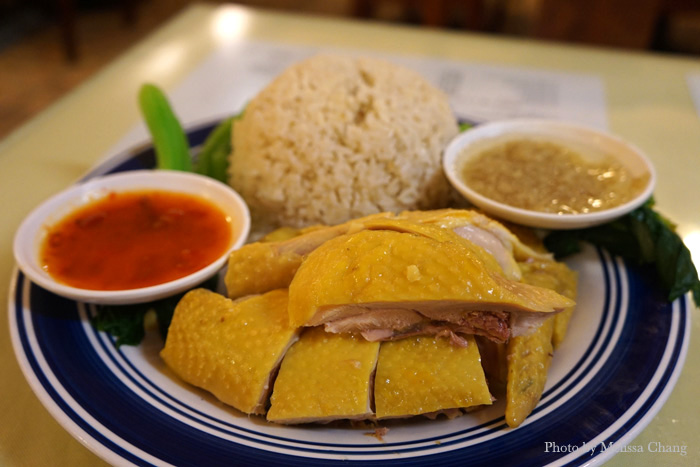 Quite a few Yelpers recommended Sunflower Cafe, which was adequate and probably the least expensive that I found in Honolulu. The chicken was not as tough as Anytime, but also not as meaty, so you kind of get what you pay for. I need to point out that the spicy sauce on the left wasn’t good, but the ginger sauce on the right was good and the rice was fluffy, so that was a plus. I packed the chicken to go so I could eat it with the Thai sauce from Anytime Cafe. (p.s. for Will Chen, the waitress kindly asked if it was delicious, “好吃? Haochi?” I politely responded, “Hao…”) 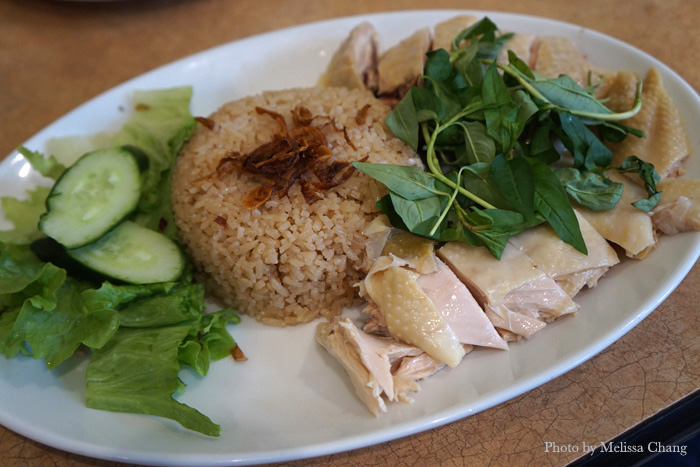 We usually associate Hainanese chicken rice with Singapore, Malaysia, and Taiwan, but it’s popular all over Southeast Asia, so many Vietnamese restaurants here serve it (listed as “Hai Nam chicken”). At Kim An, it’s so popular that you have to go early or call ahead to get it — I was lucky to get the very last Hai Nam chicken of the day. Hopefully it was an off day, because every piece of chicken had bone shards in it (probably due to a dull knife), but overall the flavors were great. The meat was tender and was nicely seasoned all the way through. The rice was deep and complex with a bigger garlic presence than others. But the sauce, which sadly isn’t pictured here, was what pulled it all together — the spicy red shrimp, garlic and ginger dipping sauce had just enough heat and salt to make me want more. In fact, at the end, I did something I never do: I poured the leftover sauce on my rice. 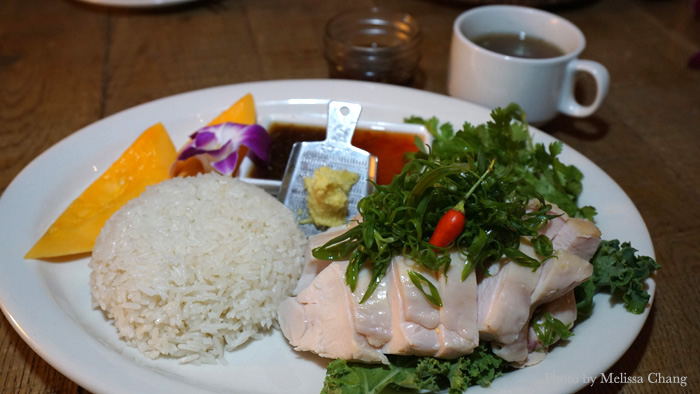 In my search for Hainan chicken in Honolulu, my favorite was Heavenly — which is actually Japanese-owned. It was also the most expensive, but as you can see here, it had the fanciest presentation, complete with a mini grater of fresh ginger. The chicken was meaty, and firm but tender, and unlike any other place in town, it’s boneless so you can get right to business. The rice is cooked with chicken broth, but it’s so subtle that you can’t really tell; they make up for it with the bold cup of chicken soup on the side. We liked the shoyu ginger dipping sauce so much that we asked for extra, but I think most people can survive on what they normally serve. Winner winner chicken dinner?

What about you? Have you found some great Hainan chicken rice in Hawaii?

A dim sum crawl of Chinatown