A flight across the Pacific, a ride into the city and 12 hours later, here we were: Taiwan. Babes and I immediately got down to business: breakfast. 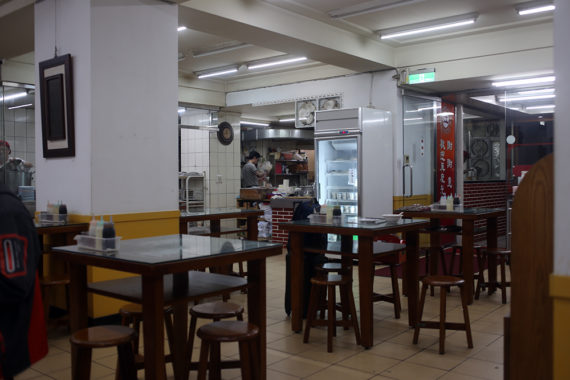 I had my first taste of Taiwan at Jiang Yellow Beef Noodle Shop.

To give some background, the original plan was to vacation in Las Vegas. I know, typical. Then mutual friends invited us to their wedding in Taiwan. I worried about the price. Until I saw it was only $200 more to visit Taiwan. 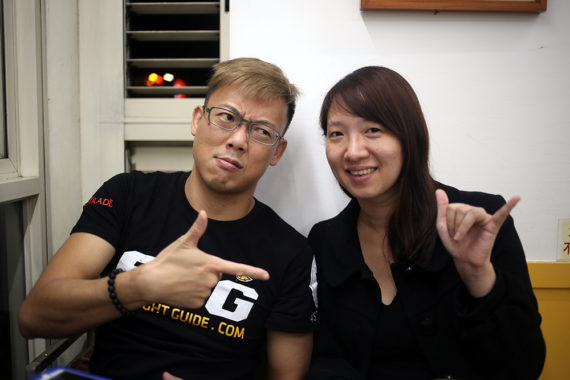 Our newlywed friends and guides in Taiwan, Jack and Alice.

So I found myself in a foreign country. Taipei, the capital of Taiwan, to be precise. It was after midnight when we checked into the hotel and met up with our newlywed friends, Jack and Alice. They wanted to give us a taste of a typical Taiwanese breakfast. A very early breakfast.

After navigating silent Taipei alleys, we arrived at our destination. Jiang Yellow Beef Noodle Shop. What was yellow, the beef or the noodle? I hoped the noodle. 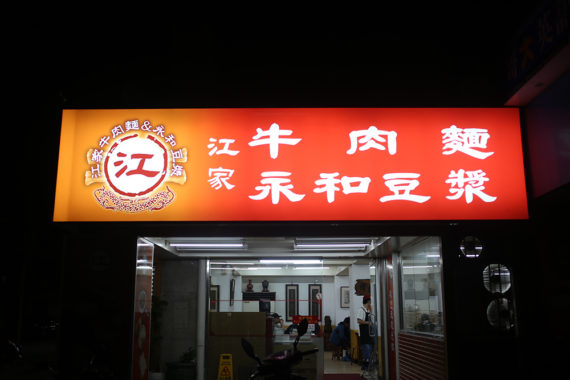 The place was well lit and had few patrons. As expected after hours. The menu was filled with pretty pictures and no English. With a blank smile I watched Jack, Alice and my better half discuss the options in Chinese. I say watched because I don’t understand Chinese. My fate was in their hands. It was an exercise in trust. 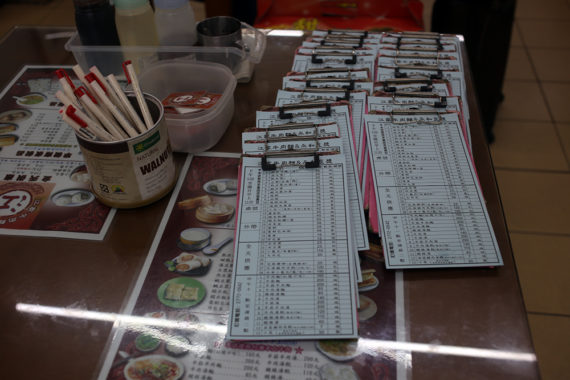 I have no idea what any of this says.

Based on what they ordered, my guess is that a typical Taiwanese breakfast includes beef noodle soup, sesame pastries, xiao long bao (XLB or dumplings filled with minced pork and soup) and soy milk. Everything came out family-style. Or as they say on the mainland, Chinese-style. I see why now. 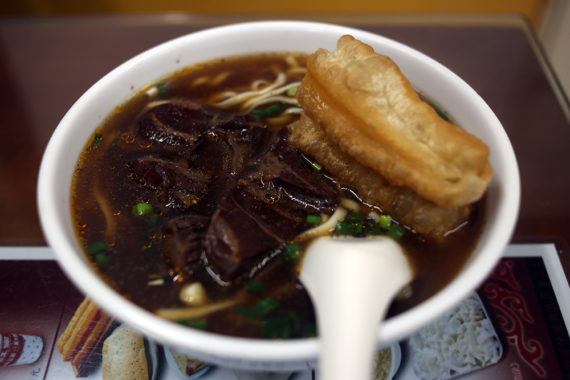 The joint named itself after their beef noodles, so this seemed a good place to start. The meat was juicy and fell apart in my mouth. The broth, fragrant at first, exploded with powerful and unexpected flavor: A nice layer of fat on the beef gave the soup an extra oomph. A piece of fried dough floating in the broth soaked up the flavors, which seeped out like a sponge when I bit in. While I was pleased, my better-half found the beef noodles too salty for her taste. 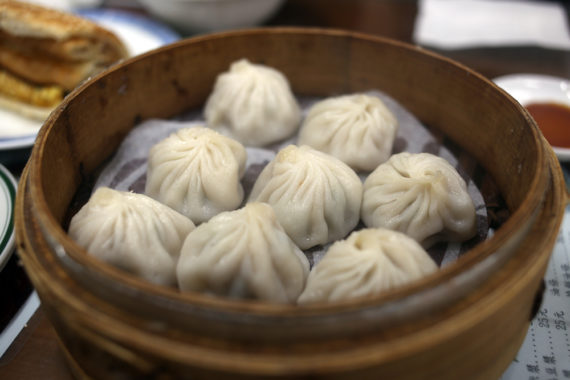 I’ve only had XLB a few times in my life, but I recognize it when I see it. These were tasty, but not enough to make me crave them later. At this point, I was ready to try something outside my comfort zone. 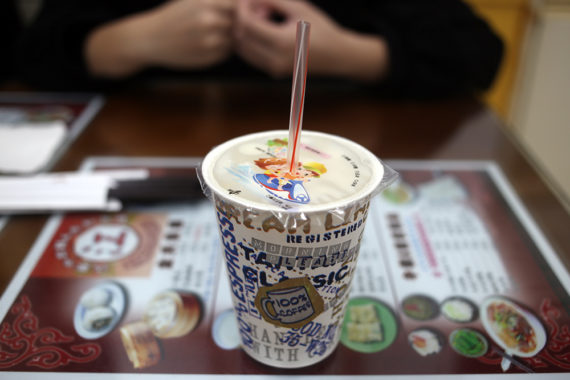 I guess soy milk is soy milk, wherever you go.

The plain sesame pastry looked promising: light, flaky and generously topped with sesame seeds. Inside, I found the same fried dough from my beef noodle soup. Alice described this as a Taiwanese churro, although it wasn’t sweet. A fried egg seasoned with spring onions kept the churro company. This was mild and tasted like breakfast. Interesting. 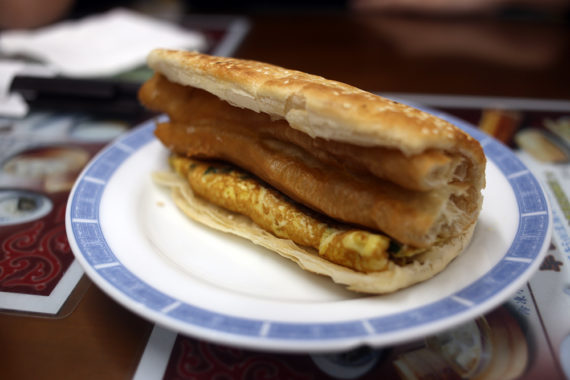 My friends call it the plain sesame pastry, but it doesn’t look that plain to me.

The final dish was the sweet sesame pastry. It ended up being my favorite. Here the now-familiar sesame pastry had a filling that Alice explained was a peanut paste and butter mix. The nutty peanut and rich butter created creamy goodness. The better half complained that I ate most of it. Told you it was my favorite dish. 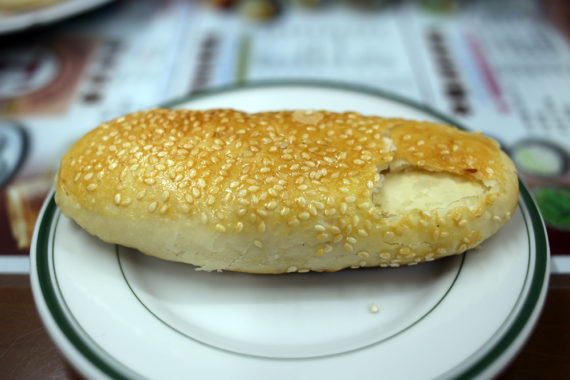 The sweet sesame pastry was my favorite.

I was satisfied. This typical Taiwan breakfast was very different than what I’m used to, but an interesting experience. And I can’t lie: I ate most of it. The portions could feed four people who aren’t starving. Why does this matter? Because of the price.

Egghead is back in town: The brunch spot opens in Kalihi