It was fun while it lasted, but I can’t lump myself in with those people any more. It’s not like I was invited to join them anyway. Actually, nobody is. It’s just one of those groups you join if you feel yourself worthy. That’s right. I’m talking about foodies. 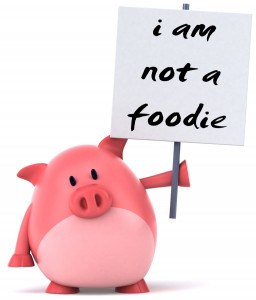 Yes, I too used to let my food get cold for five minutes so I could line up the perfect angles and lighting for a great Instagram shot. I’d order dishes that featured the buzz item of the season: garlic aioli, pork belly or truffle oil. Hot new restaurant open up? I’d be there within the first month.

But then I realized that a true lover of food doesn’t care for such things. Aficionados care more about how much they like a dish than how many people “like” their Instagram. They scoff at a menu so lacking in creativity that it follows current food trends instead of sticking with its own. And that hot new restaurant? A real appreciator of food would go to satisfy their curiosity, not just to say that they’ve been there.

Of course the foodie world isn’t as black and white as I’ve described, and I’m certainly aware it’s possible to enjoy a meal while sharing the experience on social media. But a couple of recent episodes got me really jaded about the whole culture. After hearing rave reviews about two new restaurants, I went to check them out hoping for the same OMG experience. I ordered the things that continuously popped up on my Instagram feed with comments like “best ____ ever!” to “you have to order this!” I was sure to like them too, right? Wrong. In fact, my experiences at these restaurants were quite disappointing. So that got me thinking. Why were my fellow foodies giving cheers when I wanted to give jeers? 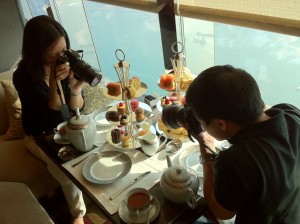 Perhaps the human palate changes with age. I noticed that many of the social media foodies were on the younger side. This was even more evident when a few Facebook friends in my age bracket agreed with my rant. Or maybe the food just tastes better if you know you’re the first to try it at some media preview and can flaunt an “I’m here and you’re not” attitude. Who knows? Appreciation of food is so subjective it’s impossible to say anyone’s right or wrong.

In any case, I’m done being a foodie. Sure, I’ll still snap a pic every now and then, but I won’t pay attention to glowing early reviews. And any opinions I do choose to share will be honest and sincere.

So who wants to invite me to their restaurant preview now?