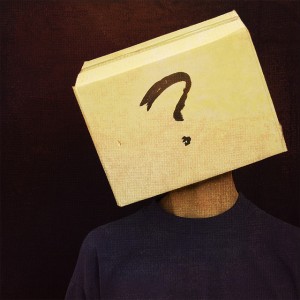 Someone once told me there’s a difference between having a job and a career. A job is something you do to make money. You don’t necessarily need to enjoy it, but you tolerate it because it’s a means of making income. A career is work you enjoy. You’d do it whether you’re getting paid or not. The fact that you’re getting paid is a bonus. Two years ago, I had a career. If you asked me then what I was, I would identify myself as a pastry chef.

One rule I’ve used throughout my career to determine whether or not to stay at a job is that I have to either be learning something or making money. If I’m not doing one or both things, it’s time to find a new job. I’ve been fortunate that throughout most of my career as a pastry chef, I’ve had jobs that fulfilled both criteria. My dilemma now lies in that I no longer have a job or a career.

Two years ago, I had an accident at work that forced me into the worker’s compensation system. For about a year, I would still identify myself as a pastry chef, but after the doctors declared that I wouldn’t be able to return to my career as a pastry chef, I faced an identity crisis. If someone were to ask me to identify myself now, my answer would be dependent on the day of the week. Today, I am a blogger for Nonstop Honolulu. Although people have referred to me as a journalist, I personally feel uncomfortable with that tag because I lack the skills to do that title justice. Wednesday, I’ll be the photographer for the Office of the Governor, following Gov. Abercrombie to various speaking events. Thursday I’ll be doing office work at the American Cancer Society as part of the light duty work that’s required by worker’s compensation. It’s reached a point now where I don’t know who I am anymore.

Although I enjoy writing and photography, I don’t really identify myself as a writer or a photographer. They were always secondary interests to me. Two years ago, I was a pastry chef and blogging and photography were hobbies. Now that I can no longer be a pastry chef, what am I? Am I a writer? Am I a photographer? Am I proficient enough in either to be able to make a career out of it? As a freelance writer and photographer, I’ve been able to attend some amazing events, but those gigs are few and far between. Although I know a lot of people who support themselves (some of them very well I might add) through freelancing as an independent contractor, I can’t imagine myself living from gig to gig.

And now, to further complicate things, I just signed documents today for my vocational rehabilitation. Because doctors declared that I can’t return to being a pastry chef, worker’s compensation by law has to pay for me to learn a new skill that will enable me to get a job that pays a similar salary to what I was making as a pastry chef. As a result, Worker’s Compensation is sending me to computer technician and network security classes — not because I want to do either, but because a test I took says I have an aptitude for it and it’s a field that pays well.

I’ve tried baking at home, and it hurts, both physically and emotionally, because I’m no longer able to perform tasks that were once second nature to me. As such, I’ve reached an impasse in my life. I don’t want is to be someone working a job just for the sake of making money. Life is too short to be working at an unsatisfactory job. Thus begins my search for a new career.